A Surprise O'Brien Nom For McEneny 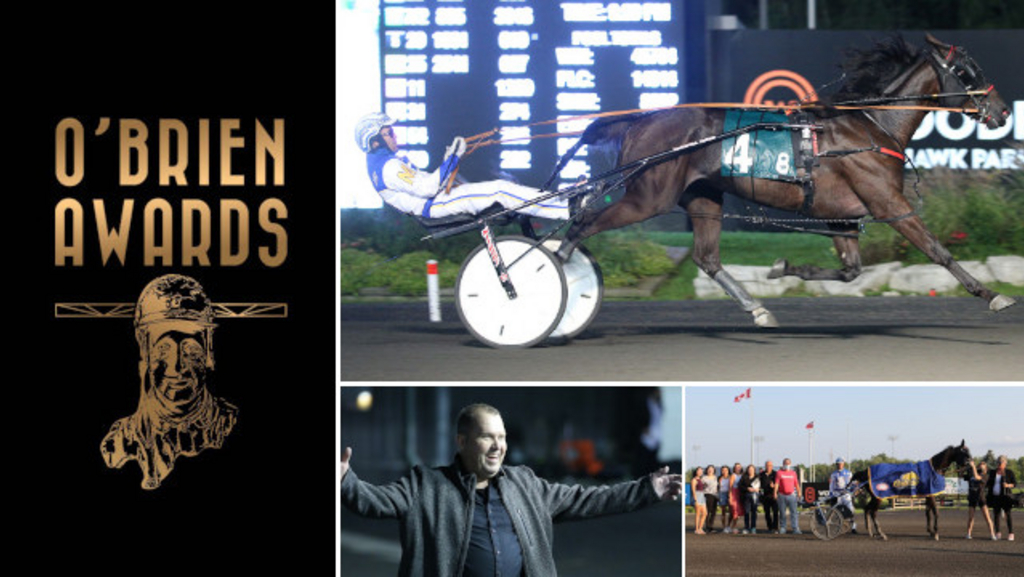 Despite a win in the 2021 Ontario Sires Stakes Super Final and a track record performance at Flamboro Downs, Scott McEneny didn't expect to get a phone call informing him that Twin B Archie was a 2021 O'Brien Award finalist.

No stranger to the O'Brien Awards and winning them, McEneny — who campaigned the great Bettors Delight to Horse of the Year honours 20 years ago — had a different colt in mind as a finalist along with OSS rival Duly Resolved. He's certainly pleased the voters saw his colt worthy of consideration.

"I was a little shocked when he was nominated," McEneny told Trot Insider. "I thought it would be John Bax's colt [Duly Resolved] and Ray Schnittker's horse [2021 Dan Patch Award winner King Of The North]. So I am really happy to be nominated, and happy for all the owners too."

In his first season of racing, Twin B Archie has eclipsed his older sibling's earnings while coming within one-fifth of a second of his lifetime mark. Twin B Archie had eight top-three finishes in 10 season starts and accrued $285,000 in earnings while posting wins in three Ontario Sires Stakes events including the Super Final, and a division of the Champlain Stakes — the race in which he took his mark of 1:54.3.

"It was awesome to be part of Twin B Archie in 2021," admitted McEneny. "Lots of great races, a couple of disappointing ones but that’s racing."

Twin B Archie only missed the top five once, and he picked the absolute worst time to do so after an early miscue in the 2021 William Wellwood Memorial. Thankfully for the connections, the highlights outweigh the lowlights. McEneny fondly recalls his OSS Super Final score and his 1:57.1h Flamboro track record, and quickly credits members of the team for helping make the season possible.

"I owe most of the success to 'Archie', of course, but my daughter Samantha looks after him and she deserves a lot of the credit. She worked really hard on him. [Driver] James MacDonald did a fabulous job with him as well."

Regardless of the O'Briens voting outcome, McEneny is looking forward to Twin B Archie's three-year-old campaign in 2022 and notes that his pupil possesses many attributes that will serve him well in his sophomore season.

"He has a big heart and he tries every start. His best attribute is versatility — he can race any way, he can leave or race from behind."

Sadly there is no option for versatility when it comes to celebrating the best in Canadian harness racing; that gala will once again be virtual, just like it was last year. As someone who's been to his share of events at the Hilton Meadowvale in Mississauga, Ont., McEneny will miss the buzz of the in-person gathering but plans to create a smaller gala of his own.

"I wish we were able to have a gala this year. It’s always a great time, and it would have been nice to get owners and my staff there but we have to do what we have to do. I’m sure I will have a gathering with friends on O’Briens night," said McEneny with a smile.

There are two finalists in each category, which includes 12 divisional horse categories and five people categories. One of the divisional champions will be recognized as the Somebeachsomewhere Horse of the Year. The winners will be announced at the Virtual O’Brien Awards Gala on Sunday, February 6, 2022, on standardbredcanada.ca.