Vitale Named USHWAn Of The Year 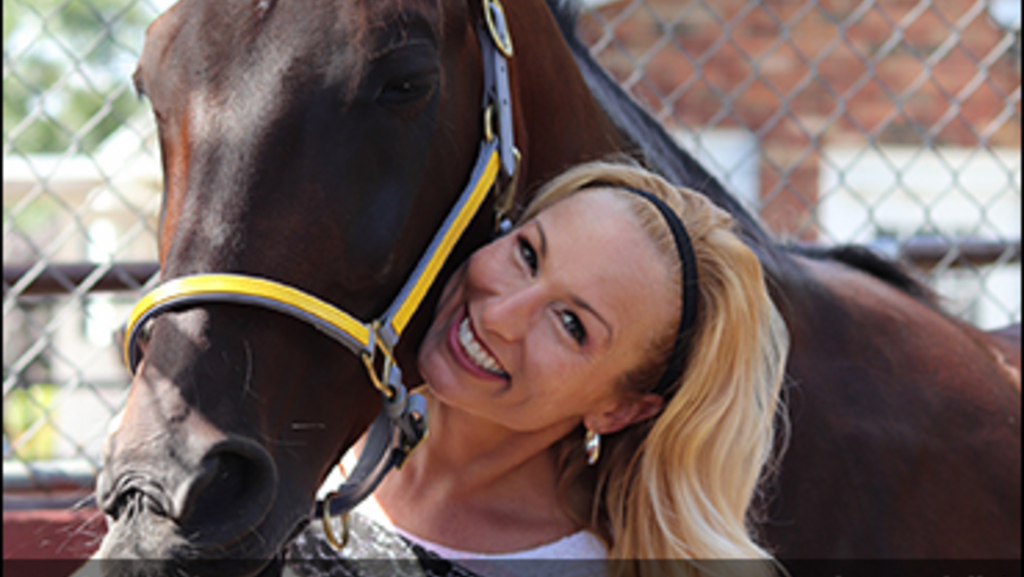 Heather Vitale, secretary of the Delaware Valley Chapter of the United States Harness Writers Association (USHWA), international harness racing video journalist, self-proclaimed “Harness Racing’s Firework,” two-time Sam McKee Broadcasters Award winner, and probably the only person in harness racing who both holds Madonna as a role model and also has her own Wikipedia page, has been announced by USHWA President Shawn Wiles as the organization’s Member of the Year.

“Make no mistake about it, there is only one Heather Vitale!” USHWA president Wiles said. “Her colourful and lively persona always adds excitement to any event. We look forward to seeing Heather again at this year’s Dan Patch Awards Dinner, on the red carpet, as we have for many years. She has been a great voice and face for harness racing in her region and for USHWA.”

Vitale comes from a multi-generational harness family in Delaware. Her mother, JoAnn Looney-King, was the first woman to drive a winner at The Meadowlands and co-owns 2018’s outstanding pacing mare Shartin N, trained by husband Jim King Jr.

Vitale is a graduate of Monmouth (N.J.) University, with a focus on public relations and journalism, and she chose to follow that career path rather than working with the horses. Her show Post Time has aired on the CBS affiliate in the Delmarva region for some 20 years, and she also co-hosts the weekly show Pennsylvania Harness Week, a position which she has held for nearly a decade. She has worked for ESPN and for the Little Brown Jug network.

But a person of Vitale's ambition, flamboyance, and talent cannot of course be confined to any one country. Her journalistic travels have taken her not only to Canada, a logical extension because of the fluency of the U.S.-Canada harness crossing, but also to Ireland and Australia, where she appeared as an on-air reporter during a major stakes day.

Vitale is a prolific user of social media since its inception, with many followers of her frequent postings on the various platforms. “I’m not a bettor,” she says, “so I focus my stories on the horses and the people in the sport, trying to tell their interesting stories, and trying to appeal to people to come out to the track and watch the races. I want to expose the sport outside of the fans we already have.” Her presentation is tirelessly upbeat and positive in the service of harness racing.

Perhaps the best summation of Heather Vitale was offered by Joe Thomson of Winbak Farms, who once told her, “The best business I could be in is to bottle your attitude and sell it.” The Harness Writers Association has benefited a great deal from her attitude and her talents, and that’s why she has been named USHWAn of the Year.

Heather Vitale (and her family in their connections to Shartin N) will be honoured at USHWA’s annual Dan Patch Awards Banquet, celebrating the best and brightest of harness racing in the past year. The banquet honouring the champions of 2018 will be held on Sunday, February 24, 2019 at the Rosen Shingle Creek Resort in Orlando, Fla., the climax of a weekend that also finds USHWA holding its annual national meetings.

Tickets for the Dan Patch Awards Banquet, to be held Feb. 24, are $175, with a filet mignon dinner featured. Tickets, and other Banquet-related information, can be obtained through Dinner Planning Committee Chair Judy Davis-Wilson, at [email protected] or 302.359.3630.

Hotel reservations for those attending can be made through USHWA’s website; a link to the hotel’s computer is on the front page of the website. Those who would like to take out congratulatory ads for award winners in the always-popular Dan Patch Awards Journal can do so by contacting Kim Rinker at [email protected].