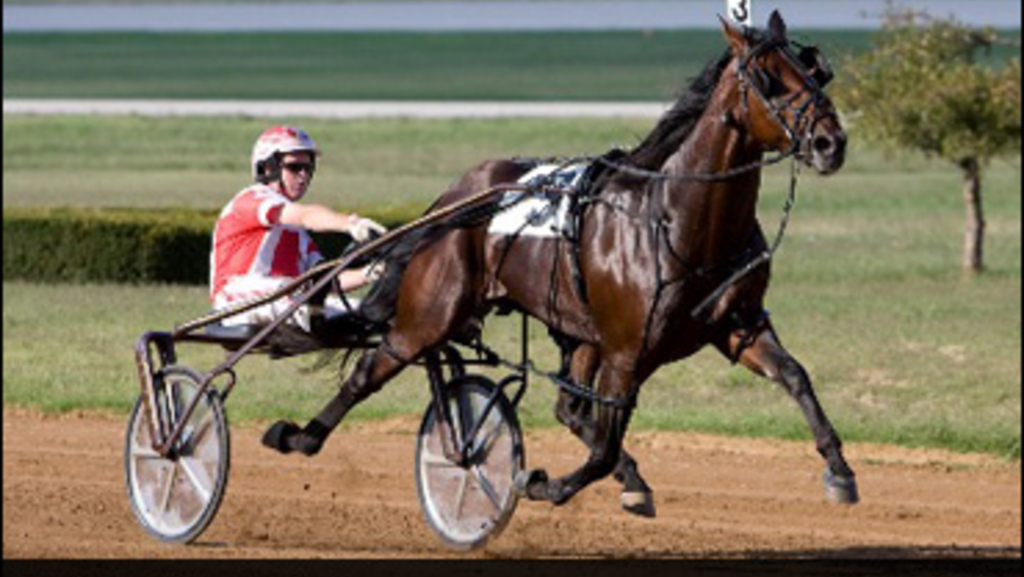 "It’s devastating. It’s a terrible day,” said Brent MacGrath, the trainer and part-owner of the Canadian-owned pacer who was syndicated as a stallion but his original owners — the six-member Schooner Stable of Bible Hill, N.S. — still held majority ownership in the horse. The Schooner Stable is comprised of Maritimers MacGrath, Garry Pye, Stu Rath, Reg Petitpas, Pamela Dean and Jamie Bagnell.

“I mean, when cancer is mentioned, you’ve got to be prepared for the worst. I wasn’t expecting it quite this quickly, but, you know, the last few days haven’t been good, obviously, so mentally I was a little more prepared than I was at this time last week. It’s just a bad, bad day. Bad timing, bad everything.

“For a horse that was so healthy his whole life, it’s just a shame to see him end up this way. He got short changed and the industry got short changed, big time, in the breeding side. He should have bred well into his 20s.”

MacGrath said all six of the original owners are animal lovers and when Somebeachsomewhere began to suffer they quickly made the decision to euthanize him.

“He was going downhill fast, he lost a lot of weight, he lost a lot of muscle tone. At the end of it, he was down and struggling to get up because his balance was off. His white count was through the roof and it appears as though he became septic,” MacGrath said. “We’ll know a little bit more when we get the autopsy.”

MacGrath said Somebeachsomewhere was euthanized around 2 p.m. Sunday. After the autopsy is complete, Somebeachsomewhere will be returned to Hanover Shoe Farms in Hanover, Pennsylvania where he will be laid to rest at the farm where he stood as a stallion since his racing career ended at the end of 2008.

Somebeachsomewhere was being treated for cancer by Dr. Rodney Belgrave an internal medicine specialist at the Mid-Atlantic Veterinary Center.

The cancer was discovered in November after Somebeachsomewhere had an issue with colic that led Hanover Shoes Farms’ farm manager Dr. Bridgette Jablonsky to send Somebeachsomewhere to the equine hospital to get thoroughly examined.

“'Beach' has had some stomach issues for some time,” MacGrath said in November. “We have treated him for colic in the past and, this last episode, Bridgette wanted him sent to the hospital and checked out. So we did and they found the intestine in a bad spot. It was making him uncomfortable and we determined that we were going to go in and move it into its proper position. Everything looked very good, but he did have a small mass in there that was half the size of a grape.”

The mass was removed and Somebeachsomewhere underwent the first of six weekly chemotherapy treatments on November 18.

“Bridgette, she obviously loved the horse and she’s devastated,” MacGrath.

The Ontario Sired superstar is a son of Mach Three out of Wheres The Beach. Somebeachsomewhere, driven throughout his career by Paul MacDonell of Guelph, Ont., earned $3,328,755 on the track in 2007 and 2008, winning 20 of 21 starts and setting an all-age world record of 1:46.4 at age three at The Red Mile in Lexington, Kentucky. His lone loss (to Art Official) was an epic second-place performance in the $1 million Meadowlands Pace that only furthered his legacy.

“I am absolutely devastated by the loss of Somebeachsomewhere. He has had a great impact on myself, my family and the sport of harness racing,” MacDonell said. “It was truly and honour to be a part of his amazing legacy.”

Somebeachsomewhere shared the Canadian Horse of the Year award in 2007 with Tell All and was named the Horse of the Year in both Canada and the United States in 2008. Somebeachsomewhere was inducted into the Canadian Horse Racing Hall of Fame in 2009, the U.S. Harness Racing Hall of Fame in 2015 and has already sired the winners of more than $87 million at the time of his death with just six racing-aged crops on the ground. He led all pacing sires in progeny earnings in 2016 with nearly $20 million earned by his offspring. He was also the leading pacing stallion in 2017. His progeny earned $23.7 million in 2017, which is a single season record for a standardbred stallion.

“The people that he exposed us to is probably one of the big things I will remember,” MacGrath said. “The ride he took us on, the way he made us feel when he was racing. I never went into a race thinking he was going to be beat.

Somebeachsomewhere also elevated harness racing into the mainstream, particularly in his native Canada in 2008, when he was considered for the Lou Marsh Award honouring the nation’s Athlete of the Year. Somebeachsomewhere was featured on CBC’s The National news program and he was named the Newsmaker of the Year for Nova Scotia by the CBC. He was profiled in the nation’s biggest newspapers and on national radio. His Facebook page topped 1,600 members. He and his connections made the cover of harness racing trade publications 18 times.

Along the way, his fan base swelled, never more so than in the Maritimes where his every start was cause for a Beach Party, particularly at his hometown Truro Raceway.

Somebeachsomewhere’s back story is nearly as compelling as the horse itself — a dreamer’s tale.

In 2006, MacGrath, a car salesman by trade with a lifetime of experiencing training a small stable of horses, cobbled together five partners from the Maritimes to buy an Ontario-sired horse. He picked out one yearling in October of that year on his first trip to Lexington, Kentucky and was able to purchase the horse at exactly his limit.

MacGrath defied conventional wisdom by training the colt in Truro.

Teamed with his old friend MacDonell, the two Macs meticulously planned every step of Somebeachsomewhere’s career.

MacGrath even took a year’s sabbatical from the car dealerships he owns with Pye to personally manage every facet of Beach’s all-important sophomore campaign — one that ended with a lucrative stallion deal from Hanover Shoe Farms.

While the perfect plan deserves some of the credit, MacGrath knows he was blessed to land a genial, charismatic, physical specimen with a rare array of talents.

“He’s got strength, he’s got the gait — which is flawless — and he’s got the will. Those are three things,” MacDonell said. “A lot of horses will have one of them. He’s got them all.”

“He gave the industry a boost. He gave small-time people something and showed them that it was possible. It happened, and Beach proved that it happened,” MacGrath said.

In an effort to consolidate discourse on this topic, if you wish to leave a comment in regard to the passing of Somebeachsomewhere, please do so by clicking here.

(With files from Somebeachsomewhere Syndicate)