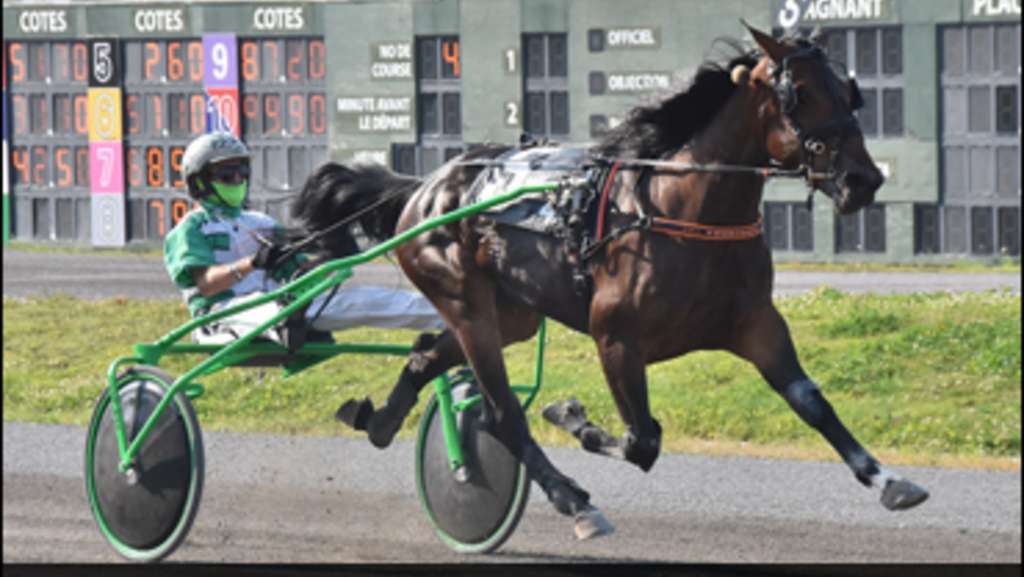 The final Friday harness racing card of the 2021 season at Hippodrome 3R takes place this weekend and will feature two-year-old trotters in the final round of the Future Stars Series.

After Friday’s final legs, the top eight point-earners will return to 3R for the Future Stars Series Final with all four divisions each racing for a purse of $55,000 on Sunday, Sept. 12.

All seven rivals will be after race favourite HP Felicity (post six) for driver Jocelyn Gendron. The homebred daughter of Muscle Mass, bred and co-owned by Claude Hamel of Ayer’s Cliff, Que., and Michel Damphousse of Louiseville, Que.

Lune Duharas (post eight) returns to 3R off a 2:04 score in a $21,450 Grassroots division of the Ontario Sires Stakes at Hanover Raceway. The daughter of Muscle Mass is trained and driven by Denis Gueriel.

Due to just five horses entered and two of them being an entry, the colt division of the Future Stars Series will take place as a non-wagering race to be held after the third race on the wagering card.

Royalty Beer has been the best of the lot this season with two straight dominating wins in the series. The gelded son of Royalty For Life may not be the fastest but he stays on stride for driver Kevin Maguire and that has made him a winner.

In his last start, Cleveland Massimo was a game second to stablemate Royalty Beer, but still was over six lengths back at the finish. The son of Muscle Mass will be driven by Jean Francois Maguire.

The final Friday card of the season will also see the new whipping rules in Quebec go into effect.

Sunday’s program features the final round of the Future Stars Series for two-year-old pacers. Three-time O’Brien Award-winning driver Louis Philippe Roy will be driving in eight of the 10 races on the program.