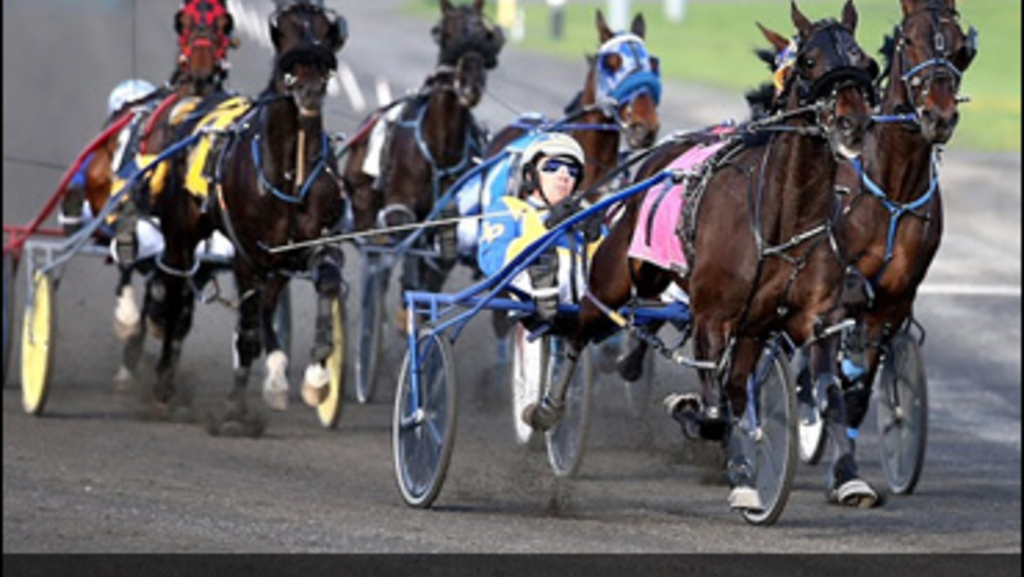 Rookie pacers hit the track in the third qualifier to kick off the baby race portion of the morning. Somebeachsometime easily won her qualifier for driver Jody Jamieson, pulling away from Watch Me Neigh (Travis Cullen) in the stretch for a 1:55.1 speed badge.

A $65,000 Harrisburg yearling, Somebeachsometime (Somebeachsomewhere - Talk Time) has prevailed in both of her baby race tests for trainer David Menary and owners Menary Racing Inc. of Rockton, Michael Guerriero of Brampton, Kenneth Ewen of Georgetown and Bruce Norris of Caledon East, Ont.

Given the forecast for southwestern Ontario this weekend, it seems only fitting that Heat Wave Hanover would prevail on Friday morning. Driver Matt Bax guided the rookie trotter through her Friday qualifier, leading gate-to-wire to win by a scant nose over a hard-closing Trina (Per Henriksen) in 2:00.1.

After an unstressed effort to start her career a week ago, Ms Machinbird looked like a different horse in her second appearance. Driver Randy Waples asked the pacing filly to do all the work on the front end and she responded with a strong wire-to-wire win in 1:58.2 over Lady Limelight (Phil Hudon).

Jody Jamieson had the pedal to the metal with Big Blue Ford in the morning's final baby race and rookie trotting colt sped away to win by more than four in his debut, tripping the timer in 2:02.2. Tuned Up (Mark Etsell) was best of the rest.

Ohio Sire Stakes star Only Take Cash made her first appearance since early June, and prevailed despite suffering broken equipment. Driver Trevor Henry sat third with Only Take Cash, tipped the three-year-old around the far turn and allowed her to trot home under minimal urging to win by a head over by temposetter Exemplar (Louis-Philippe Roy) in 1:54.3.

Only Take Cash (Cash Hall - Armbro Affair) is owned by trainer Bob Mcintosh along with Dave Boyle of Bowmanville, Ont. and Mardon Stables of Loretto,Ont.