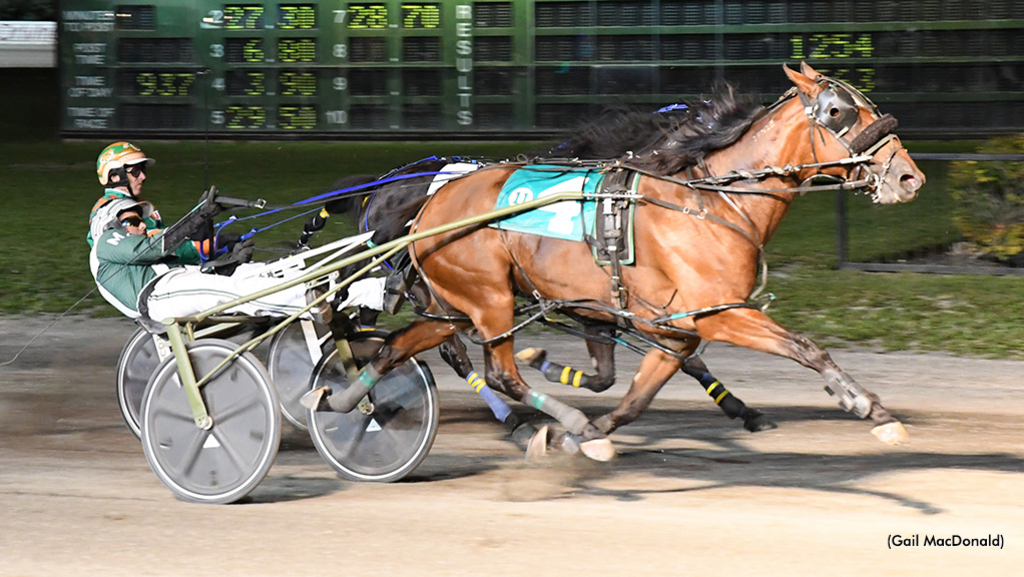 Dreamfair Zenfire will have her work cut out for her on the outside of the starting gate as she tries to topple the best mares in the region Monday evening (Sept. 26) at Red Shores at the Summerside Raceway.

The Prince County oval has a 6 p.m. start time for the 13-dash program with the featured pace slated as the ninth race Atlantic Aged Pacing Mares Series, presented by Standardbred Canada, for a $5,230 purse.

Marc Campbell trains and drives the post eight starter for owners Ryan and Everett MacLeod of Souris as she looks for her third straight win. The mare holds the track record at Red Shores Charlottetown and will face off with the co-holder of the Red Shores Summerside track record for aged pacing mares, Share The Moment from post two. Gilles Barrieau gets the driving call on the Bo Ford trainee.

Havarti has the rail for driver Paul Langille with post two belonging to Tobins Brownie (to be driven by David Dowling). Also in the field are Vines To Heaven (Adam Merner), Ubettimagoodone (Dale Spence), Ladylike (Corey MacPherson) and Acefortyfourdome (Jason Hughes).

Race 2 is the John Stewart Memorial pace as Midnight MacNeill is favoured for driver Ken Murphy and trainer Chris Davies from post 3.

The Cecil James Stewart Memorial in race will see Checkers Pride as the morning line favourite from post eight for the new team of driver Merner and trainer Melissa Rennie.

Catch all the action live at the track or tune into the worldwide broadcast at the Red Shores website.