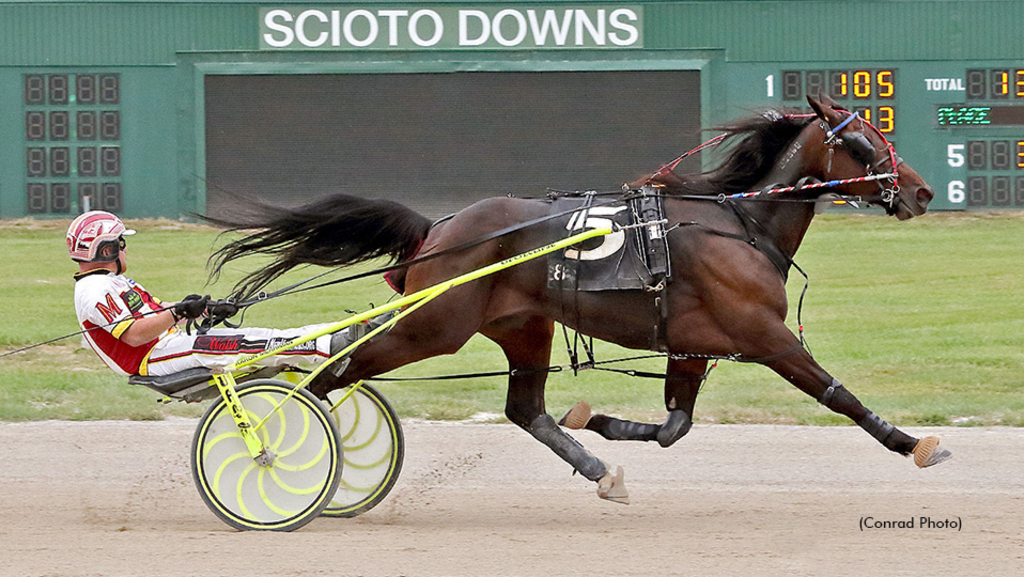 Kildare King may not hold the star status several of his rivals possess in the fifth edition of the $220,000 Caesars Trotting Classic set for Friday (Sept. 23) at Harrah’s Hoosier Park, but one thing is certain: it will be all systems go for the gelding when he takes center stage.

“He has an engine on him,” said trainer Chris Beaver. “He can really trot all day long and he deserves the opportunity.”

Kildare King, however, will make the most of his spot behind the starter. Especially since he established a new track standard of 1:51.4 in his last performance at Eldorado Scioto Downs on Sept. 10.

Kildare King was placed in the New Jersey and Kentucky Sire Stakes programs as a three-year-old where he never quite put it all together.

Kildare King has been victorious in 10 of his 15 trips to the post this season with one second and one third while earning $226,730. He has won six of his last 10 races.

“He really is a nice horse and is very competitive,” said Beaver. “He earned his chance to show he belongs."

The gelding competes for his breeder, Robert Goodman of Lexington, Kentucky.

Beaver also harnesses Ohio champion Winning Ticket (Post 5, driver Todd McCarthy, 20-1). The four-year-old son of Triumphant Caviar-Lotto Winner has not visited the winner’s circle this season in two races but his only loss last season from 12 pari-mutuel starts was a third in the $606,500 Canadian Trotting Classic.

The Caesars Trotting Classic is one of the main events on an outstanding 15-race card at Hoosier Park that includes Bulldog Hanover, the world’s fastest Standardbred, in the Hoosier Park Pacing Derby, Hambletonian winner Cool Papa Bell in the $90,000 Phil Langley Memorial and Hambletonian Oaks winner Fashion Schooner in the $110,000 Moni Maker.

Here is the field for the Caesars Trotting Classic: