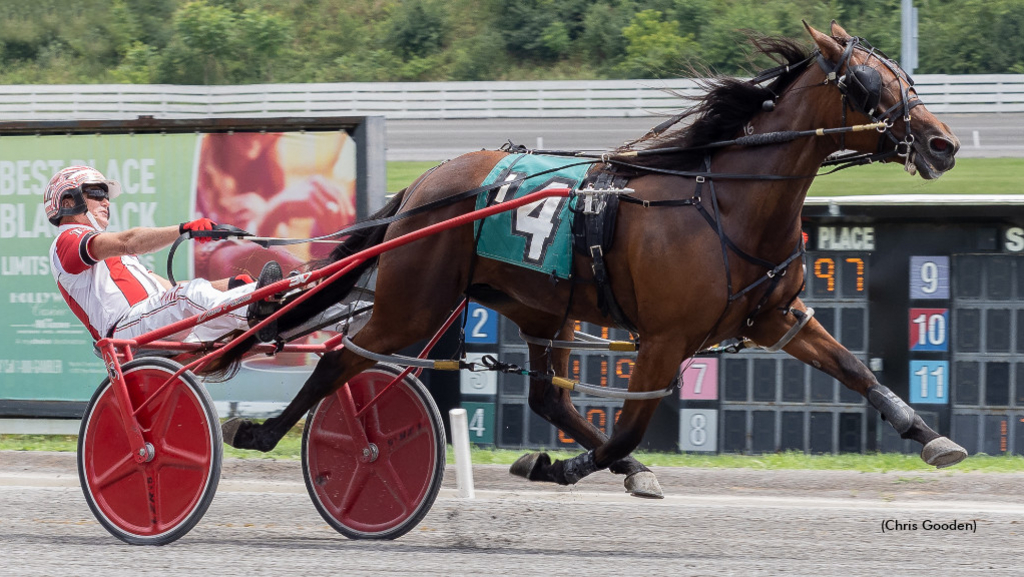 Cool Cute Cookie won the battle for the early lead and rolled to a convincing victory in the $10,000 opening leg of a Pop Up Series for two-year-old filly pacers on Saturday (August 6) at Hollywood Casino at The Meadows.

Challenged from the gate by Wags To Riches, Cool Cute Cookie seated that rival and never let her get closer, defeating her for Dave Palone by two lengths in 1:54.2 — a sparkling maiden-breaker. Tahini Hanover finished third.

In Saturday’s $17,600 Open Handicap Pace, Wild Wild Western, the 1-2 favourite, smoked the back half in :54.2 en route to a 1:50.4 victory for Brady Brown, trainer Norm Parker and owners Jacobs Creek Racing, Andrew Altobelli and Jon Deters. Carolina Beach was third-placed-second while Prince Of Tides finished second but was disqualified and placed back to third for a pylon violation.

For the six-year-old son of Western Ideal-Caila Fra, it was his eighth consecutive win at The Meadows — he’s tasted defeat elsewhere during this streak — and lifted his lifetime bankroll to $484,025.

Palone piloted five winners on the 10-race card, giving him 10 over the last two days.

Live harness racing at The Meadows resumes Wednesday when the program features a $922.56 carryover in the final-race Super Hi-5. First post is 12:45 p.m.