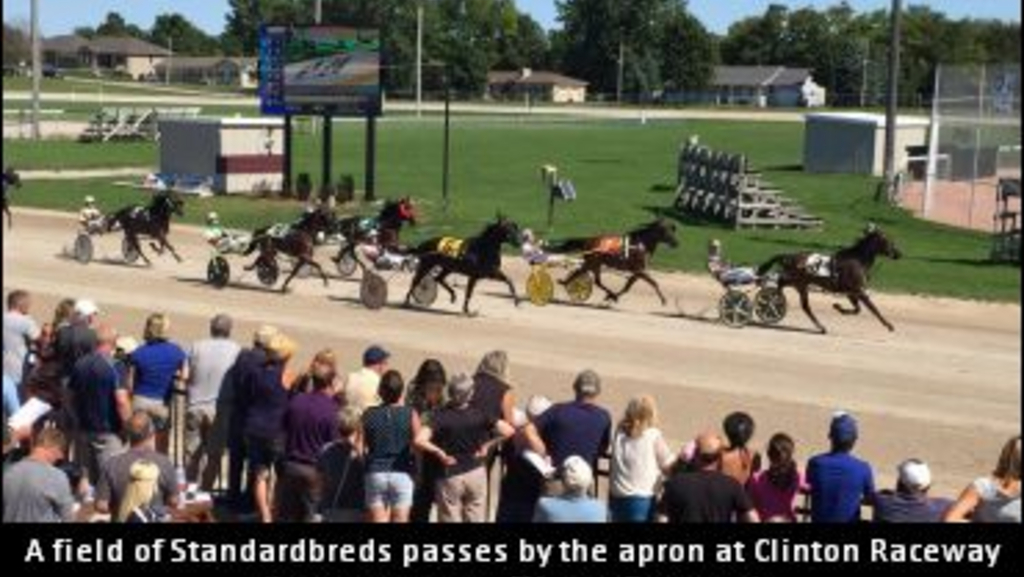 On Sunday, September 3, Clinton Raceway will close out its 2017 harness racing season with the 37th annual Charity Drivers Challenge.

The leading drivers from Clinton – Ryan Holliday and Tyler Moore – will face off against six of the top-ranked drivers in Canada, led by newly crowned World Driving Champion James MacDonald.

“I’ve done it the last four or five years now. It’s good to give back, it goes to a good cause and it’s a fun day for all of us. I always look forward to it,” said MacDonald, who won the Clinton title in 2014. “And there’s a lot of bragging rights on the line. Everyone wants to win, that’s for sure – we’re competitive guys.”

Joining MacDonald, who sits fifth on the list of Canada’s leading reinsmen, are Doug McNair, currently leading all drivers in Canada in earnings, the No. 3-ranked Trevor Henry, and Jody Jamieson, Travis Cullen and Bob McClure, who sit sixth, seventh and eighth, respectively, on the national earnings list.

This year the drivers will donate their earnings to the Clinton, Brussels and Seaforth branches of the Royal Canadian Legion. The Legion branches will also receive $10 from every $20 ticket for the Pineridge Barbecue’s Smoked Chops dinner.

“I’d love to have a stand-alone, to be out on my own,” reflected Jamieson, a three-time winner of the O’Brien Award as Canada’s leading driver. “But even if I don’t ever win another one, just to be in the same conversation, to hold the same distinction, with Dave Wall is a huge feather in my cap.”

Through the 36-year history of the Charity Drivers Challenge, almost $300,000 has been raised for a variety of clubs and charities. Unfortunately, while local organizations have benefitted from the event, the local drivers have not enjoyed the same measure of success.

“Shut out so far,” admitted Ryan Holliday, who will make his sixth appearance in the driving challenge on September 3. “I was close (in 2015) and Trevor Henry nipped me in the last leg. I think I had to get no money and he had to win the race was the only way he could beat me, and that’s exactly what happened.

Tyler Moore was chasing Holliday with 16 wins, 16 seconds, 11 thirds and $53,055 in earnings and makes his driving challenge debut in this year’s event.

“It’ll be my first driver’s competition,” said Moore. “Once I figured out I was in it I was kind of surprised, and secondly I was happy to see that it is for charity and there are some really notable drivers that are showing up just to give their five per cent up, and I am happy to participate in that also.”

Coming off his recent success in the World Driving Championship, MacDonald says experience with the format will not lend him any advantages and that newcomer Moore has as good a chance to take home the 2017 title as his more experienced peers.

“It’s a lot of luck, and there’s a lot of great drivers,” said MacDonald. “So whoever gets a good draw — and you know post position is everything at Clinton — so if you get a good draw you can, anyone could win it.”

The competition will get underway at 1:30 p.m. and, as always, the Super Sunday Show, with prizes from Blyth’s Cowbell Brewing Co., will entertain fans between races.