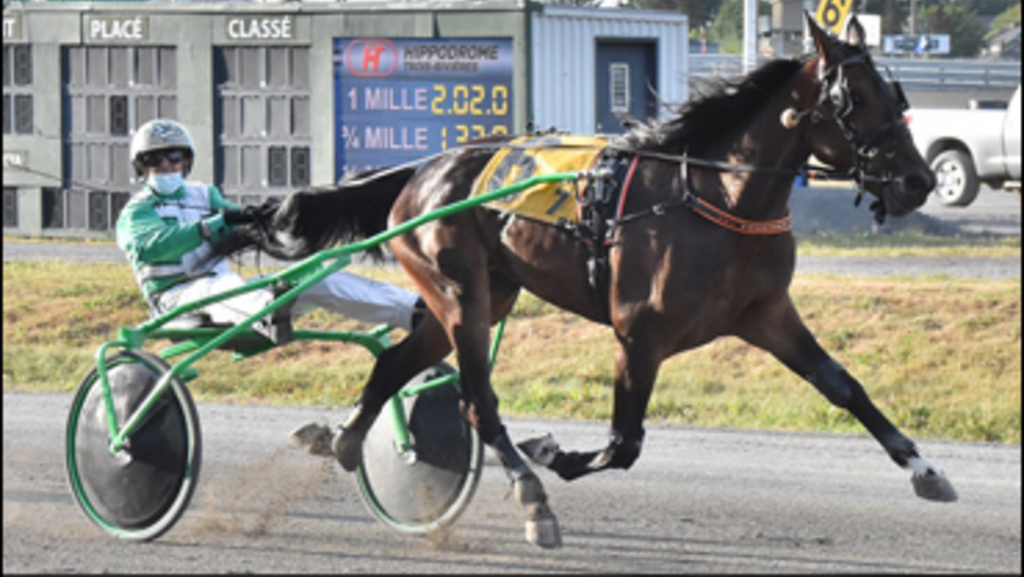 Both of the favourites in the two $8,000 divisions of the Future Stars Series for two-year-old trotters romped to victory on Friday (August 27) at Hippodrome 3R.

The most impressive was HP Felicity and driver Jocelyn Gendron in the seventh race division for the fillies.

Leaving from post five, Gendron took his time getting HP Felicity past La Surprenante (Simon Delisle), taking command at the opening quarter-mile in :30. HP Felicity then led the field past the half in 1:01. She was then pressured slightly by a first-over Cleveland Moneyka (Stephane Brosseau) to the three-quarters in 1:32 before they dropped into the two-hole. HP Felicity then pulled away in the stretch for the easy triumph by 3-3/4 lengths in 2:02. Cleveland Monkeyka was second with La Surprenante third.

The win was the second from seven starts -- both in the series -- for HP Felicity. She is trained by Jean Tourigny for co-owners Claude Hamel and Michel Damphousse, who also bred the Muscle Mass-Canaco Runner filly.

In the colt division, a non-wagering race due to a short field of just five starters, Royalty Beer continued his winning ways. 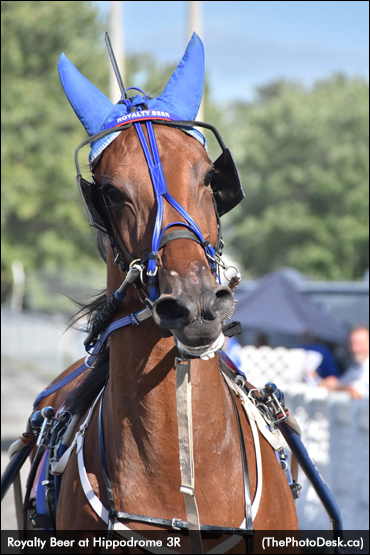 The Royalty For Life-Beer Maggs gelding left from post three for driver Kevin Maguire and never looked back. Royalty Beer coasted through slow fractions (31, 1:03.3, 1:35.2) then pulled away from the field after the three-quarters and won in a romp by 7-3/4 lengths in 2:05. Kenogami Rebel (Stephane Brosseau) sat the two-hole trip but could not keep up and finished second. Stablemate Cleveland Massimo (Jean Francois Maguire) was third.

In the $5,500 Preferred Handicap Trot, Choo Choo Blue and driver Stephane Brosseau wanted the lead and ended up wiring the field.

Pressured on the outside by Precieuse CC (Kevin Maguire) to a quick opening panel in :28.2, Choo Choo Blue would not give way and forced Precieuse CC to take the two-hole spot. They went past the half in a slow 1:00.2 as Morally Flexible (Daniel Theroux) came first-over, giving outside cover to Goaltender (Pascal Berube). Morally Flexible hung tough past the three-quarters in 1:30.4 and around the final turn. Precieuse CC waited in the two-hole for an opening. But as they came down the stretch, Choo Choo Blue still had some late kick to win by two lengths in 2:00.4. Precieuse CC was second with Goaltender third.

Choo Choo Blue earned her third win from nine starts this year. The five-year-old mare by Angus Hall is trained by Brosseau for owner Richard Fortier.

Track Notes: This was the last Friday race card at H3R for 2021. Live racing resumes Sunday, with first-race post time at 12:10 p.m., featuring the final round of the Future Stars Series for two-year-old pacers. Driver Louis-Philippe Roy returns and will compete in eight of the 10 races. For a free race program, visit hippodrome3r.ca.