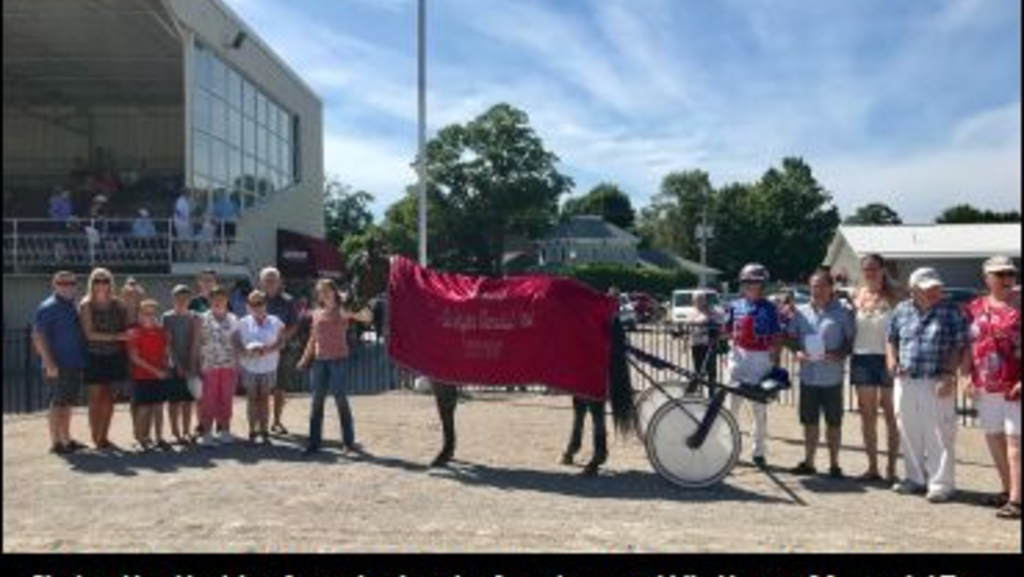 The Natasha Day-trained and driven Sizzlen Hot Herbie was up to the task on a warm Sunday afternoon (July 21) at Clinton Raceway, as the gelding fired late to capture the fourth edition of the Vic Hayter Memorial Trot. 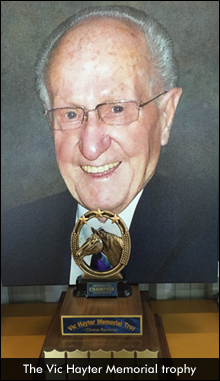 Vic owned many hotels, but is perhaps best known for operating The Arden Park Hotel and Festival Inn in Stratford, Ont. He passed away due to cancer in February of 2016. He was 77. Managing his hotel business took up most waking hours, but Vic always made time for Clinton Raceway. He owned Standardbreds for 38 years.

“He worked seven days a week, but every Sunday at 12:30 he’d be home to pick up my mother and they’d go to Clinton Raceway,” Greg Hayter said when the race debuted in 2016. “Dad was involved with horses since 1978 and even as kids, when we lived in Lucan, we used to always go to Clinton Raceway on Sunday afternoons. The last 15 years or so, mom and him used to go every Sunday and they’d sit right by the finish line.”

Sunday’s race marked the fourth edition of the Vic Hayter Memorial in support of both the Ontario Standardbred Adoption Society and the Stratford-Perth Humane Society. The Hayter Family opted to raise the purse of this year’s memorial race to $15,000 (from $12,500 in 2018), but also boosted the purses for all the other races on the card by 10 per cent. For complete additional information, click here.

Sizzlen Hot Herbie had his eyes on the prize early in the Hayter Memorial, as he and Day got away well from Post 3 and sat third through the fractions in what was the final dash (Race 10) on the program.

The Alfie Carroll-driven Sicario had laid down the speed in :29.2, :59 and 1:29 and was hoping for the wire, but Day and her charge had other plans. Day and Sizzlen Hot Herbie tipped out on the final turn with a full head of steam. The pair was impressive coming home, as they trotted to the convincing win in 1:58.2. Sicario held on for second, while the pocket-sitting All Out Henry (driven by Doug Brown), who had taken a two-hole trip, closed along the pylons to finish third. 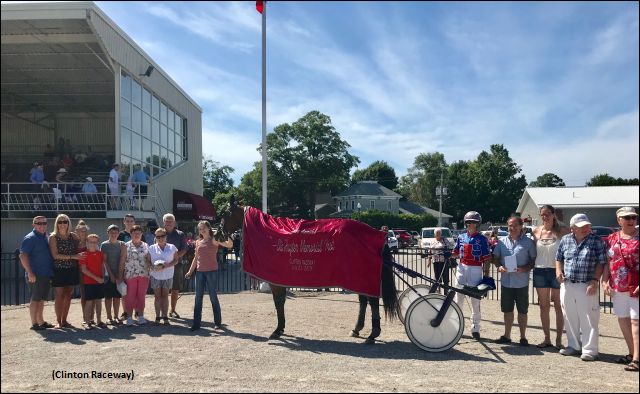 Family and friends gathered at the southern Ontario track, a short trip down Hwy 8 from the City of Stratford, where Vic was both well known and loved as the operator of the Arden Park. The Sundays were few and far between that Vic, and wife Joanne didn't bring the lawn chairs for an afternoon at the races, and the family feels it's the perfect place to honour Vic.

The afternoon benefited two organizations that were near and dear to Vic. The Ontario Standardbred Adoption Society and the Stratford Perth Humane Society. Through raffles, Beef Dinner and 50/50 the total on track amount raised was $7,000.

In keeping with Vic's love of harness racing and animals, it was fitting that Standardbred Canada's National Caretakers Appreciation Day was also held on track. Grooms were honoured throughout the 10-race card. The handle on the day was just short of $45,000.

Live harness racing at Clinton will resume on Sunday, July 28 at 1:30 p.m.