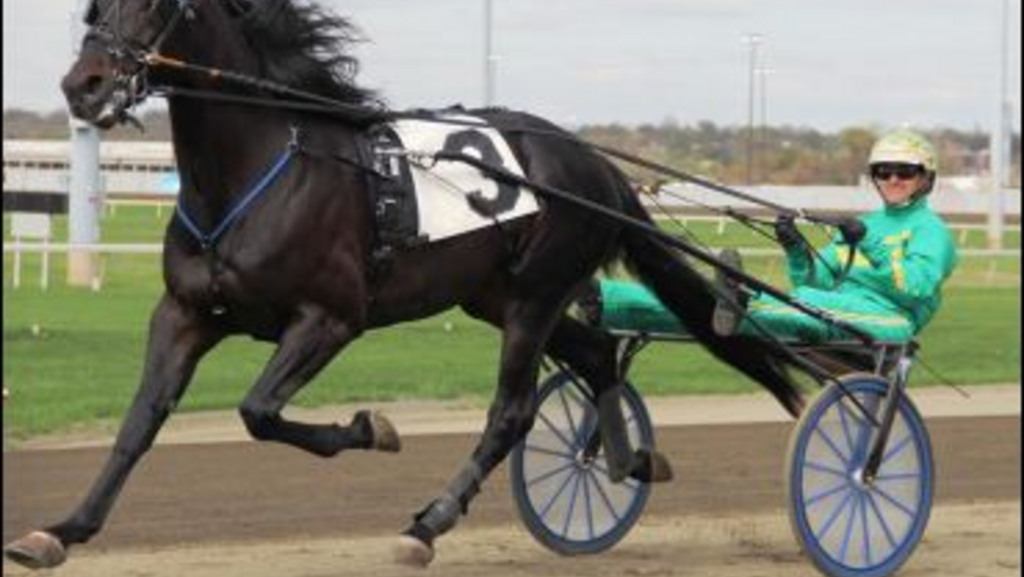 “I don’t think I can remember seeing so many good three-year-old colts that have been out this early. They’re just taking turns at who wants to be the fastest. It’s tough to throw out anyone and say they’re not good enough to be here.”

Aldebaran Eagle has held his own against some of the best three-year-old male trotters around and now trainer Jonas Czernyson is hoping the colt is ready to soar as he prepares for Saturday’s Earl Beal Jr. Memorial Trot eliminations at The Downs at Mohegan Sun Pocono.

Aldebaran Eagle, who has won only two of 15 career races but hit the board a total of 11 times, is the 5-2 second choice on the morning line in the first of three Beal eliminations. He will start from Post 1 in the six-horse field with driver Corey Callahan.

The top three finishers from each Beal elimination advance to the $500,000 final on July 4 at Pocono.

Aldebaran Eagle enters his race off a 1:52.1 victory over older horses in a conditioned race June 12 at the Meadowlands Racetrack. He also has one second-place finish and two third-place finishes in four starts this season. He finished third in the New Jersey Sire Stakes championship, behind Canepa Hanover and French Laundry, and was second to Guess Whos Back in a preliminary round of the NJSS.

“He’s been racing pretty nicely, so we can’t complain there,” Czernyson said. “He’s done everything we’ve asked him to do. Now we’re kind of getting to the test to see what we have. He raced in a lot of the big dances (last year). He was always there, but he kind of stayed in the shadows of the best ones.

“He was kind of big and growthy as a two-year-old, but he kept it together pretty good. He spent the whole winter in the (resistance) cart and it muscled him up good. I think that’s been paying off on him. So far he’s been coming along pretty good.”

Aldebaran Eagle is a son of stallion Muscle Hill out of the mare Letsjustalkaboutme. He was purchased under the name Ramblings for $70,000 at the 2013 Standardbred Horse Sale and his family includes stakes-winners Ifhallscouldtalk, Armbro Hilary, and Armbro Marshall as well as Dan Patch Award winner Delmegan.

Owned by Australian-based Aldebaran Park Inc., Aldebaran Eagle has earned $112,069 in his career.

“I liked him from when we bought him at the sale pretty much,” Czernyson said. “He was doing everything right. He’s got very good owners on him. They’re happy to branch out here and so far it’s been working for them.”

Last year, Aldebaran Eagle won a division of the International Stallion Stakes at odds of 106-1. He defeated Whom Shall I Fear by a head and Peter Haughton Memorial winner Centurion ATM by a neck.

“You can pretty much do whatever you want with him,” Czernyson said. “He can leave pretty good, but he doesn’t have to leave. If you don’t want to leave with him, you don’t have to. So he’s pretty versatile that way.”

Nik Drennan-trained and Brian Sears-driven Guess Whos Back is the 5-2 second choice in the division, which also includes Donatomite, Honor And Serve, Centurion ATM, and Wicker Hanover.

The third Beal elimination is led by Crazy Wow, who captured the Empire Breeders Classic on June 21 at Vernon Downs in a track-record 1:51.1. Crazy Wow is the 2-1 favourite from Post 2 with Gingras driving for trainer Burke. Sharing honours as second choice at 5-2 are Shoot The Thrill and Uncle Lasse.

Completing the field are Code Ben, Divisionist, and Billy Flynn.