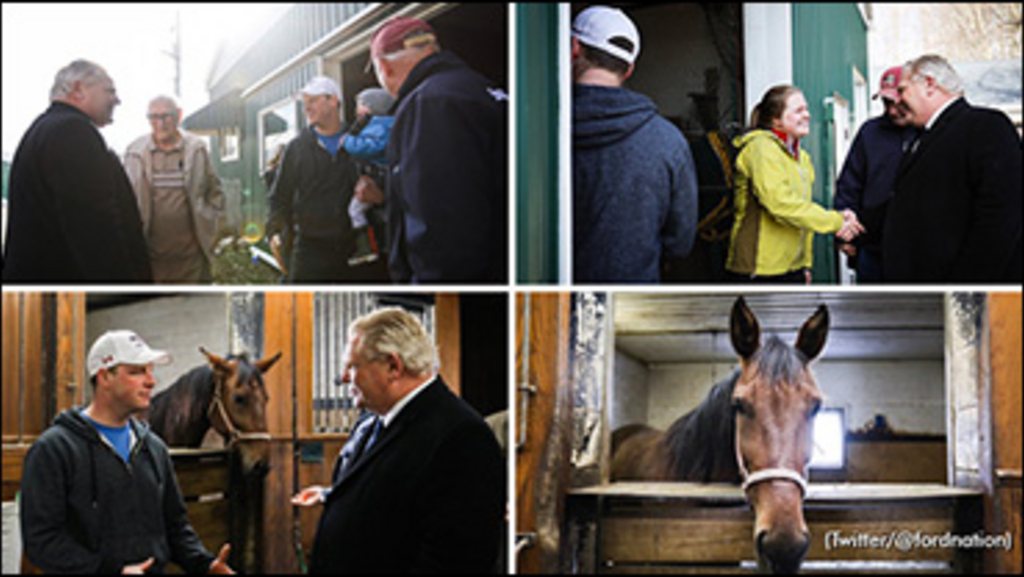 John Bax has campaigned his share of famous horses over the years but on Wednesday the spotlight was on his stable for a different reason.

On Wednesday, the Bax Stable welcomed a special guest as the Premier of Ontario, Doug Ford dropped by and paid a visit to the Campbellville, Ont. stable of one of Canada's most accomplished trainers. According to trainer Matt Bax, Ford has less than six degrees of separation to the Bax operation. 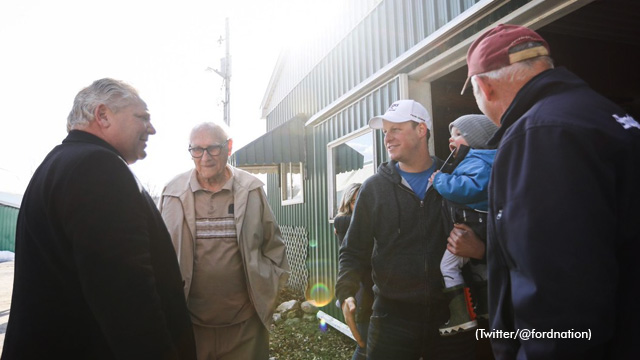 "One of my dad's longest standing owners of 35 years, John Houston, his grandson is dating Doug Ford's daughter," Matt Bax told Trot Insider. "It was the grandson's police graduation and on the way back, they stopped in at the barn and paid us a visit. We got to chat with him a little bit, which was great."

Bax and Houston have a long-standing relationship, owning parts of top trotters the likes of Charmed Life and Hemi Seelster over the years.

"He's just a great guy to have around and the fact that he's been with my dad for 35 years really shows how much he loves being in the game, and his grandson's pretty enamoured with the business as well," said Matt. "So with him dating Doug Ford's daughter and them both being animal lovers is surely great for the industry." 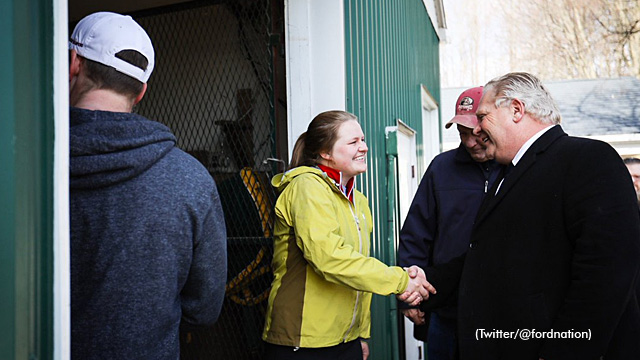 Ford posted photos from the visit to his social media channels on Wednesday afternoon.

"It was wonderful to tour Bax Stables in Campbellville," Ford posted. "Horse racing is an important part of our heritage and provides thousands of jobs in rural Ontario. We recently announced new support for breeders and horsepeople to ensure our horse racing industry is stronger than ever." 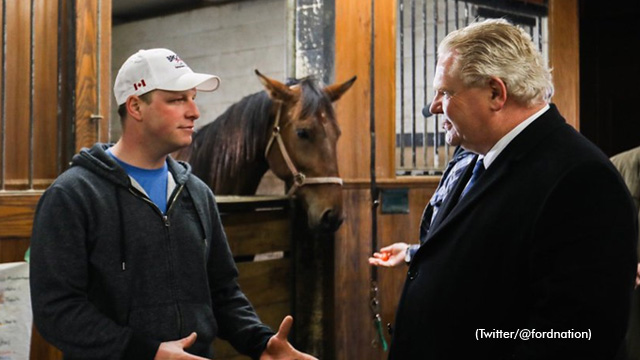 "He understands [that investment] will go through the economy in Ontario and rural Ontario," said Bax. "He's a big supporter of that."