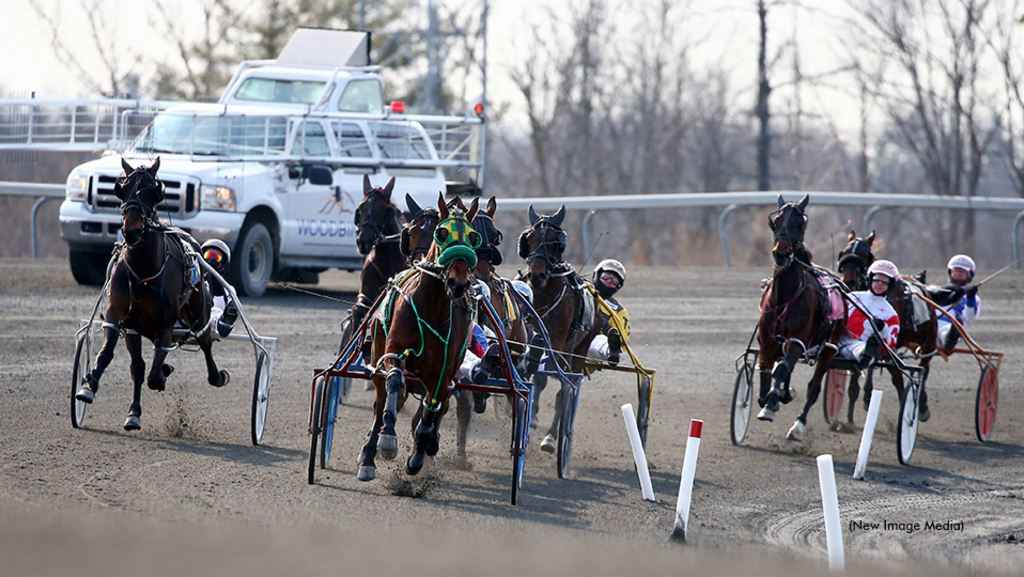 A cavalcade of qualifiers went to gate on Friday morning (April 15) at Woodbine Mohawk Park with 14 total miles on the track and several noteworthy stars of Canadian racing resurfacing.

TROT North America Cup Spring Book contender Bob Loblaw made took his first steps on the track for 2022 off a freshman season that saw him win on the Grand Circuit in the Nassagaweya Stakes and pull a 37-1 upset in the Ontario Sires Stakes Super Final. The star Sunshine Beach gelding for track announcer and trainer Ken Middleton made a move from off the pace in the afternoon’s ninth qualifier but broke stride at the bottom corner of the last turn before quickly regrouping to pace a :27.2 final quarter and finish third behind Sport Secret in a 1:56 mile. Macho Phil, who ranged first over into the final turn, finished second – beaten 2-3/4 lengths – with Bob Loblaw another three-quarter lengths behind in third.

Later in the card, Alberta sensation Sunshine Boy, who notably romped to a 16-1/2-length victory in the $70,010 Western Canada Pacing Derby at Century Mile in December, paced his first mile in Ontario. The now four-year-old gelding by Sunshine Beach, racing for trainer Rob Fellows, drafted a pocket trip behind pacesetter Armor Seelster to finish second by 1-1/2 lengths in a 1:56.1 mile. Harambe Deo finished third, beaten another length, with Speedy Dominic A checking in fourth.

Fellows sent another stable standout to the track one qualifier earlier with Logan Park, an O’Brien finalist last year. Now four, the Archangel gelding grabbed the lead after the quarter and strode to a two-length victory in 2:00.2 over Mikey Mass with Deal With Lucas finishing third another three lengths behind. James MacDonald sat in the sulky.

Rowlen rolled to the quickest trotting mile of the morning, converting a pocket ride to a 1:59.2 win by a length over Dewtifuls Grace, who swept from near last to take second. Iglare AM gave pursuit in third and Rose Run Why Not took fourth. Scott Young drove the six-year-old Johnny William mare for trainer Roy Jeffries.

The replay of the morning's qualifiers is available below: