Petticoat Kicks Off At Yonkers 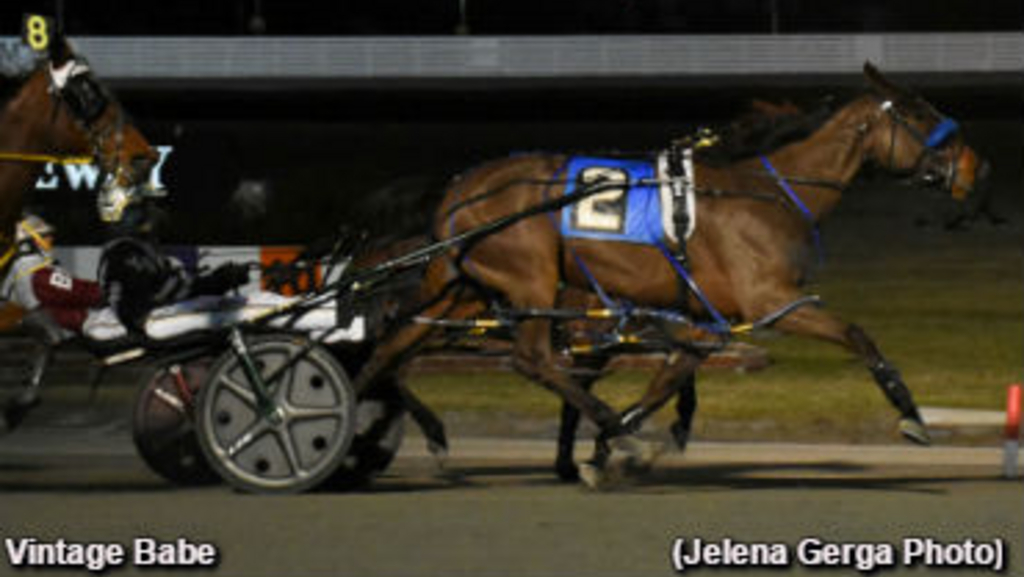 Vintage Babe (Yannick Gingras, $2.10) did indeed win her fourth and final, $20,000 division of Monday night’s opening round of the Petticoat Series, though it was far from attractive.

Leaving from post position No. 2, she jumped in the first turn, then righted the ship, Vintage Babe made the lead from Southwind Ion (Joe Bongiorno) right at a :28.4 opening quarter-mile. The 1-20 proposition did complete her appointed rounds (:57.3, 1:26.4, 1:57.2), holding off Southwind Ion by a half-length. Phyllis Jean (Matt Kakaley), as the 47-1 rank outsider, was third in the field of six.

“It became more interesting than I wanted,” Gingras said of his minus-pool miss. “(Vintage Babe) just seemed to get excited in the first turn and outpaced herself. Fortunately, she caught herself and was able to make the lead.

“It was her first start on a half (-mile track), so we’re going to have to play around the hopples before next Monday.”

For Vintage Babe, a four-year-old daughter of Vintage Mater, co-owned by her driver, her trainer (Ed Gannon, Jr.), Frank Canzone and Ronald Sabatini, it was her fifth win in eight seasonal starts.

The Petticoat, along with its male counterpart Sagamore Hill (beginning Tuesday night, March 7th), are open to three- and four-year-old pacers who are/were non-winners of four races and/or $40,000 through this past Dec. 1st.