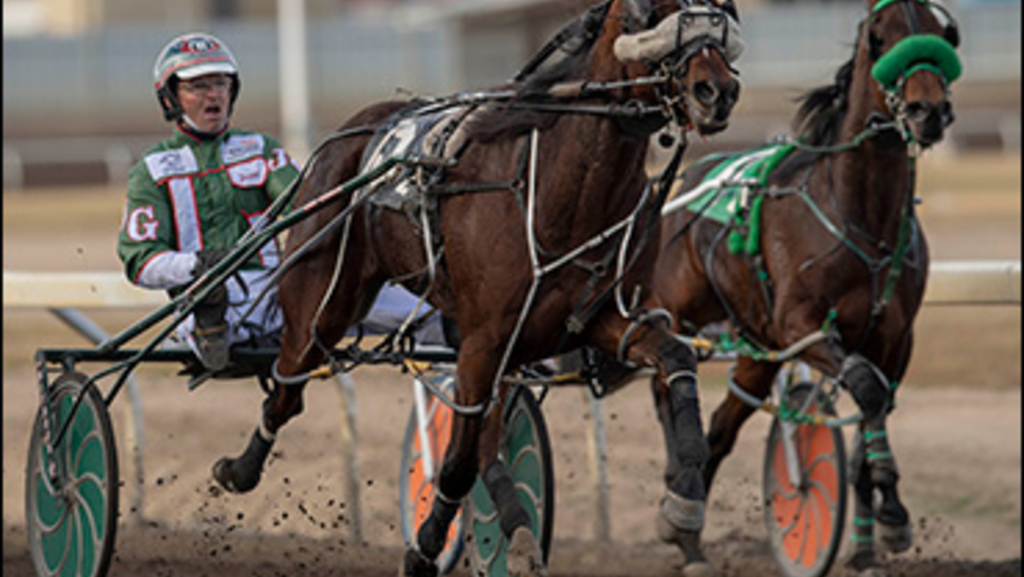 The Champions of Alberta were celebrated at the 2018 Alberta Standardbred Horse Association's annual Awards Gala on Friday (March 22) at the Apple Creek Golf Course in Airdrie.

The Ron McLeod Award was presented to Shelley Gray. Shelley has dedicated many years to the industry starting out driving the starting gate some years ago in Saskatchewan. Shelley is also the Standardbred Canada Field Rep, Chart Caller, and she can be found in the barn every morning working hard alongside husband/trainer Jamie.

Longtime owner and breeder Richard (Dick) Schneider was honoured with the Breeders Award of Recognition for over 30 years of dedication to the industry. Dick has bred, owned, trained and driven Standardbreds over many years. Both of his sons, Richard & Quentin have carried on the family tradition and are well involved in the Standardbred Industry racing across Western Canada and into the United States.

The Alberta Standardbred Horse Association was also pleased to present two new awards this year. The Meadowlark Farms-Sponsored Breeder of the Year under Six Mares went to longtime Owner/Breeders Jim McPhail & George Rogers. The ASHA Director’s Award, presented by ASHA staff, went to John Hind for his many years of service.

ASHA would like to thank its many sponsors for making this night a huge success including new sponsors for this year, Alberta Veterinary Center, Exit Smiling Group, and The Raynmen.

Trainer Of The Year
Kelly Hoerdt

Driver Of The Year
Brandon Campbell

Horseperson Of The Year
Jamie Gray

Owner Of The Year
Donald Richardson

Caretaker Of The Year
Linda Stahl

(with files from ASHA)