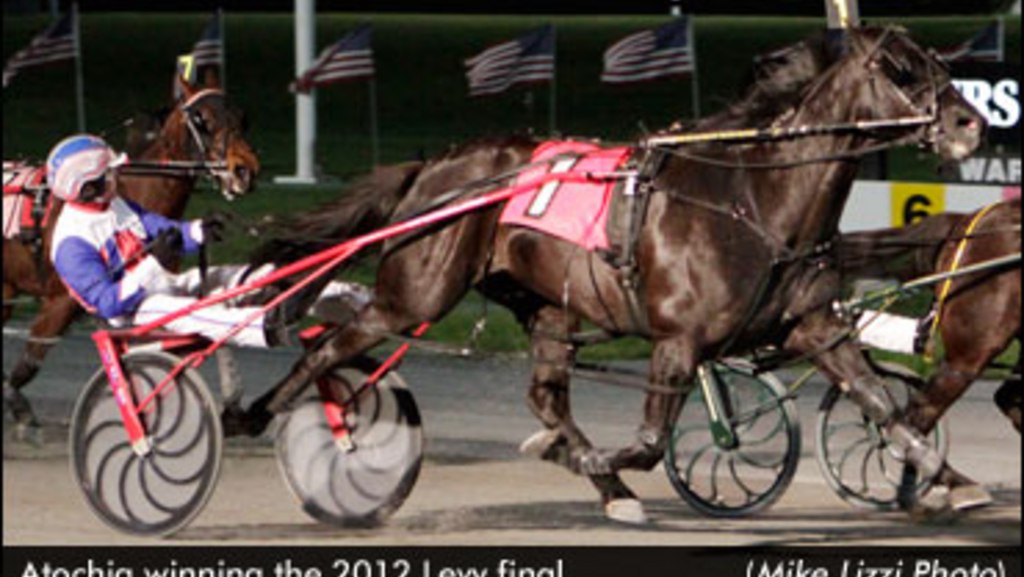 The 2013 Grand Circuit season kicks into high gear this weekend at Yonkers Raceway.

Preview: Trainer Ron Burke, who nominated nine mares to the Matchmaker series, is making them all wing for their supper in the first foray.

Friday's third get-together has the likes of Rock N Soul (Gingras, post 3), who's partnered with Jugette champion Darena Hanover (Kakaley, post 6). They draw in against standout statebred -- and horse for the course -- Handsoffmycookie (Tim Tetrick, post 4), along with classy lass Feeling You (Tyler Buter, post 1).

The fourth Matchmaker event sees defending series champ Rocklamation (Gingras, post 5) -- with $1.2 million on account -- collide with milllionairess twice over Anndrovette (Tetrick, post 7). The latter is a two-time divisional champion. The former is in partnership with Foxy Lady (Kakaley, post 3).

The Levy series once again serves as the annual launch party for Foiled Again. The sport's all-time richest pacer ($4.629 million), who's also a two-time series champion (2009 and 2010), drew the pylons in the final series event.

Gingras again takes the seat for Burke, as he does behind Atochia. Another of Burke's half-dozen Levy entrants, the defending series champ and $1.7 million winner, landed post No. 6 in the evening's fifth division.

Leading the first division is Versado (Sears, post 6 after an inside scratch), already a six-figure earner this season with wins in half of his 10 starts.

Last Time: The Presidential Series in January was the opening event on the 2013 Grand Circuit schedule. Legs were contested on Jan. 12 and Jan. 19, with the final held on Jan. 26.

Nina Simmonds and Our Horse Cents Stables' Golden Receiver, an eight-year-old winner of $1.7 million trained by Mark Harder and driven by Tim Tetrick, swept through two preliminary legs of the Presidential Series for Free For All pacers, leading at every call in both starts, in 1:49 and a North American season's mark of 1:48.4.

In the $103,500 Presidential final, Golden Receiver was challenged early by Mr Hasani N, but the latter broke stride after the quarter pole and scattered the field -- but not before the former had secured a lead he would not relinquish.

Golden Receiver pulled away from his foes midway down the lane as he paced a final panel of :26.4 for the impressive 1:49.3 score on a chilly 20 degree night. Fred And Ginger came back to finish second, two lengths behind the winner, with Dial Or Nodial third.

Tetrick had nothing but praise for Golden Receiver after the victory.

"After that first half, you know that's pretty big into the wind like that, my horse has been really brave and he fought through it," said Tetrick. "In the middle of the lane he just took off again. I'm very proud of him.

"It's amazing what he can do and how good he is off the gate. He's so handy. They've done a great job with this horse and he loves to win."

Here are the leaders following the Presidential Series:

Looking Ahead: Grand Circuit action will continue with legs of the Blue Chip Matchmaker and George Morton Levy over the next four weekends. The finals and consolations for both events will be held on April 27.

For more information on the Grand Circuit, including the full 2013 schedule, click here.