Seven More For Callahan At Dover 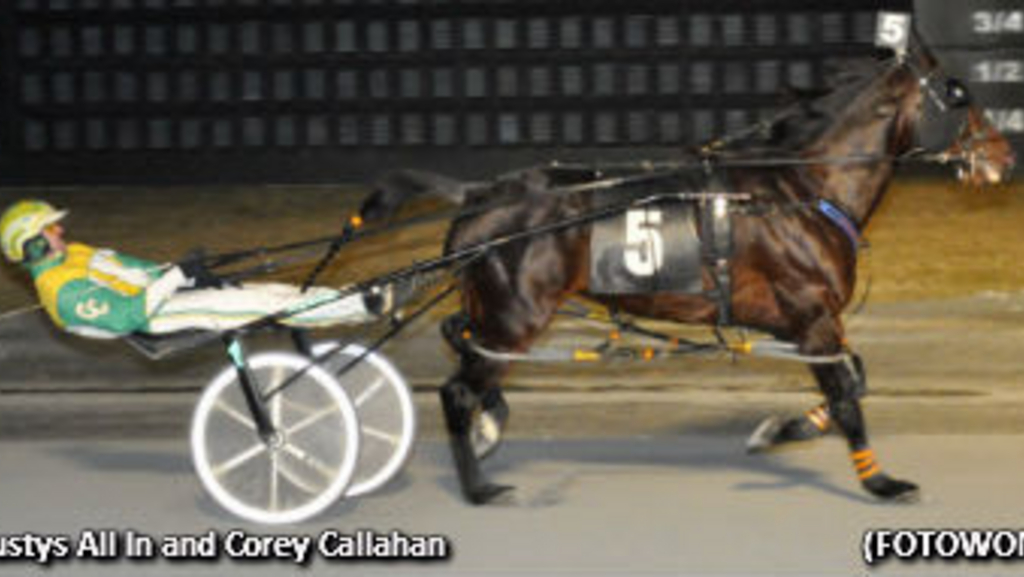 There’s been no stopping driver Corey Callahan at Dover Downs this season, and his Thursday productivity was proof as the white-hot sulky sitter racked up a seven-win performance on the 14-race card.

North America’s leading dash-winning driver of 2013 got the ball rolling by taking the opener with the Michael Hall-trained Power Rock (1:53 - $2.60) in gate-to-wire fashion. He returned to victory lane in Race 4 with Kenzies Beach Boy (1:54 - $3.20), who also used a front-stepping approach to garner the win.

The seven-win performance bumped the Queenstown, Maryland horseman’s win total to 135 for the season while his lifetime total climbed to 2,921. He’s already over the $1 million mark in purse earnings this season and he’s closing in on $36 million to date.

Thursday’s $35,000 Open Preferred Handicap was one race that Callahan didn’t manage to win. In fact, he finished last with Powerful Mist.

The featured tilt went to Versado and driver Pat Berry, who parked to the quarter pole in :26.4 before rushing to the lead and slicing out middle splits of :54.1 and 1:22 before scooting home in :28.1 to win in 1:50.1. Summer Camp was second best with Adventure Bound taking home third prize.

Nick Surick trains the six-year-old son of Dragon Again-Beach Jenny for Joseph and Nancy Vander Heyden of Illinois. The win improved the pacer’s 2013 record to 4-0-0 from eight tries and the lion’s share of the purse bumped the 32-time winner’s career earnings to $852,278.