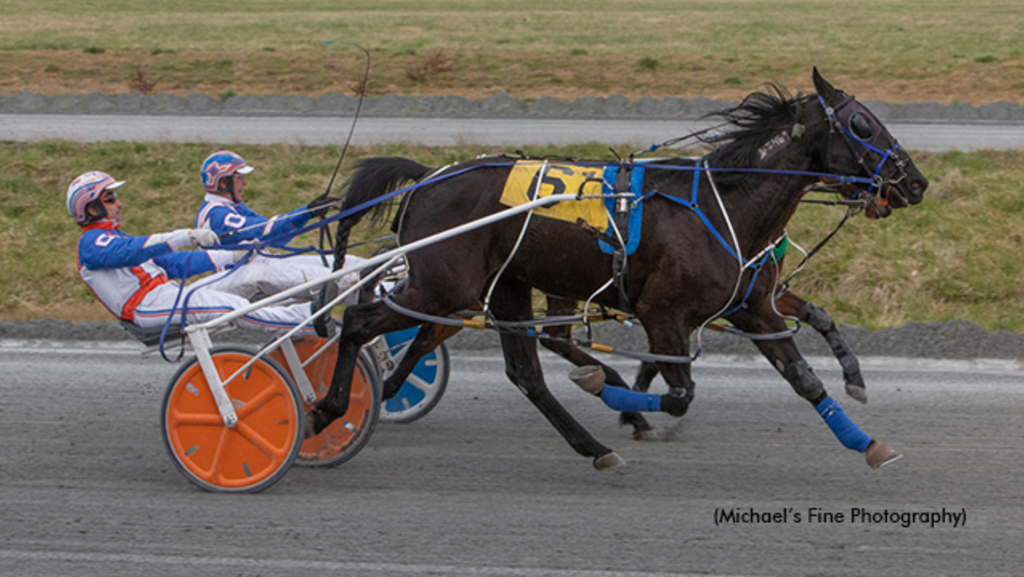 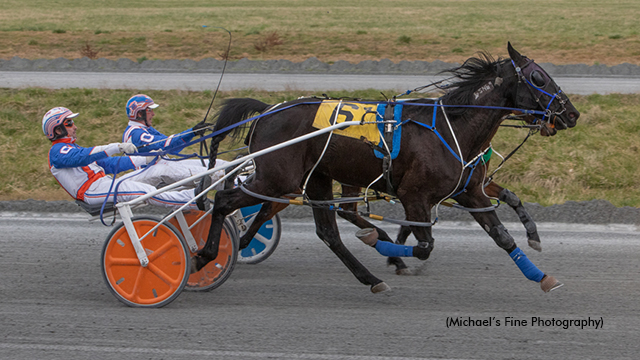 Trained and driven by Campbell, 4-5 favourite Sunshine Boy launched his attack from the backfield after opening panels of :26.4 and :55.1 then began to reel in the runaway leader Kootenay Santanna (Phil Giesbretch) approaching three-quarters in 1:23.1. After ducking into the gaping two-hole on the final turn, he chased down the even-money pacesetter in the stretch, prevailing in a photo finish with a career-best 1:51.2 effort. Helter Skelter (Rod Therres) finished three lengths behind in third.

Following top three finishes in a pair of Open events at Fraser Downs this month leading up the Linton, the Western Canada Pacing Derby champion paid $3.70 to win.

Uptown Hanover rallied three-wide turning for home and blew by the duelling duo on top down the stretch to win the companion $73,125 Penny Bath Memorial for mares. 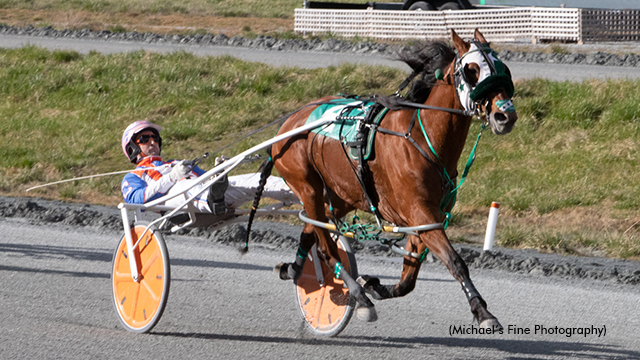 There was an early tussle for the lead, with the favoured elimination winner Exotic Dragon (Dave Kelly) getting away on top while a four-wide leaving Graceful Horizon (Phil Giesbretch) was left parked out through a :26.3 opening quarter. Graceful Horizon drove on but remained parked into the clubhouse turn and was stretched out through a :54.1 half before she cleared. Exotic Dragon didn't sit long and was back out on the way to three-quarters in 1:23 with Uptown Hanover underway and poised to make her winning three-wide move turning for home with fresh legs after watching the early action from fifth. Uptown Hanover launched off cover and drew off by 4-1/2 lengths in 1:52.2. In High Cotton (Dave Hudon), one of three other Hoerdt trainees in the race, closed to finish second over Graceful Horizon and Exotic Dragon.

The daughter of Somebeachsomewhere, who kicked off the year winning the Century Casinos Filly Pace in Alberta, has won four of her five starts in 2022 for Hoerdt and co-owner Carole Dunbar of Richardson, Sask. She now has nine career wins and $175,561 in purses.