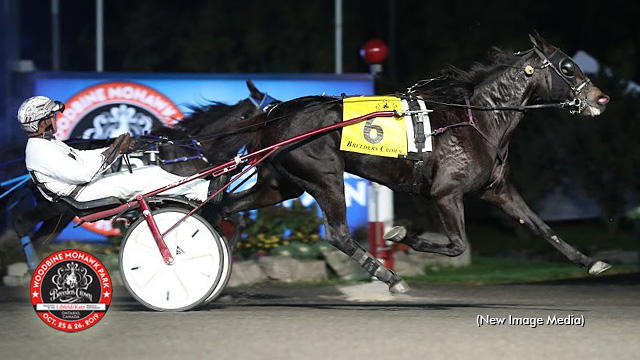 Driver Brian Sears was aboard the Trond Smedshammer trainee and earned his 31st victory in Breeders Crown competition. He leads all active drivers for Crown wins and pulled ahead of Ron Pierce (30) to rank second overall behind John Campbell (48).

After a recall due to an out-of-place pylon, Hambletonian Oaks champion When Dovescry (Simon Allard) fired off the gate from mid-field with Only Take Cash (Trevor Henry) leaving from post nine and clearing to command by the :26.2 first quarter mark. At that point, When Dovescry quickly moved back out for the retake with elimination winner The Ice Dutchess (Yannick Gingras) hot on her heels.

The Ice Dutchess touched down on the front approaching the :56.3 half-mile mark and she opened up a couple lengths on the way to three-quarters in 1:25.3 while Sears sent Winndevie after the front-striding filly.

The Ice Dutchess came under attack down the stretch with When Dovescry slipping past her on the inside and Winndevie surging by the outside to score the victory by three-quarters of a length in a career-best clocking of 1:53 flat. Only Take Cash was a pylon-skimming fourth.

Sent postward as the 3-2 favourite after a strong :26.1 closing effort to finish third in last week's elimination, Winndevie returned $5 to win.

"There was a lot to like about her last week -- she came flying home," said Sears, who picked up the mount on Winndevie for the elimination. "I really didn't race her too hard, but I was really happy with the way she raced and she drew a decent post [six] and I liked the way things were setting up early in the race so it worked out.

"She's an honest filly and, like I said, she came home big last week, and she did the same tonight." 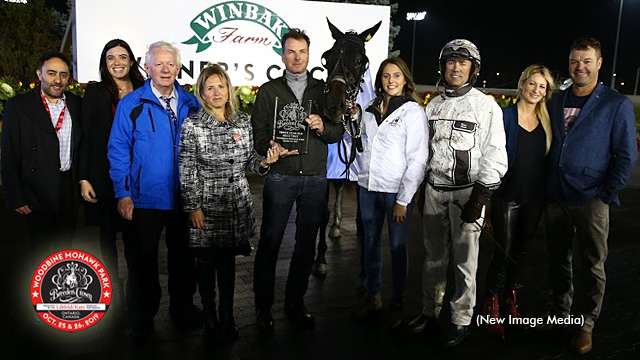 The Credit Winner-Vida De Vie filly, a top contender in the New York Sire Stakes program, stepped up her game to win at the elite level for Smedshammer and Purple Haze Stables.

"I had eight [Breeders Crown wins] before and it's been a few years but I'm so happy for Wanda [Polisseni of Purple Haze Stables], she deserves it more than anybody," said Smedshammer.

"It's a little bit unreal. We thought we had a chance. We knew we had a great filly and she had a great campaign in New York, but to pull it off on a night like this, that's special."

"It set up similar to what I thought," said Simon Allard, driver of runner-up When Dovescry. "I wish it would have taken a little less out of my mare, the first turn. If I saved a little bit there maybe I could have won. I wasn’t put in the spot I wanted to be, I wanted to cut it. She is so much better on the front end than in the two-hole. It just didn’t work the way I really wanted. Second is still good, I guess. I’m happy but we always want to win."