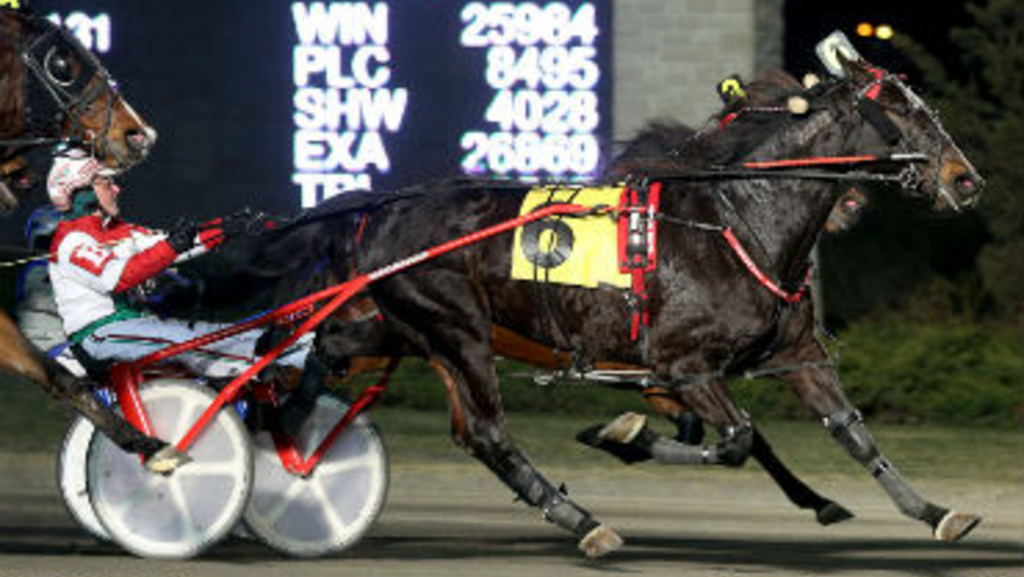 The trip was sweet and the end result was even sweeter for Wild And Crazy Guy who turned in a monster mile to win his high-end trotting tilt Monday evening at Woodbine Racetrack.

Wild And Crazy Guy sprinted off cover to win in a career-best clocking of 1:52.2 – a performance that also stamped him as the continent’s fastest trotter of the season.

In rein to Mario Baillargeon, Wild And Crazy Guy got away fifth in the $24,000 affair. Stormont Kate fired to the front and threw down the first quarter in :26.3 before being overtaken by Fearless Man. As the field neared the mid-way point, Fearless Man was confronted – and overtaken – by race favourite Cash For Gold.

Martin Lachance trains the six-year-old son of Crazed-My Babys Momma for Jean Brunet of Ottawa, Ont. and Ted Gewertz of New York. The gelding nabbed his first win of the season – and the 23rd of his career – while pushing his lifetime earnings to $342,524.