It has been announced that four harness racing figures in Australia have been charged with race fixing.

Following the running of Race 4 at Cobram on June 22, 2015, the Harness Racing Victoria (HRV) Integrity Department commenced an investigation into the training arrangements surrounding the winning horse Airbournemagic, the tactics adopted during the running of the race and the associated betting on the race. 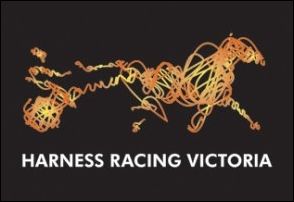 With respect to the actions taken by Victoria Police today in the issuing of criminal charges against licensed participants, the HRV Stewards will now give consideration as to whether to invoke any of the provisions of Australian Harness Racing Rule (AHRR) 183 which provides:

Pending the outcome of an inquiry, investigation or objection, or where a person has been charged with an offence, the Stewards may direct one or more of the following –

In accordance with established legal principles announced in precedent cases (such as NSW Court of Appeal matter of Day & McDowell v HRNSW) regarding the use of AHRR 183, the HRV Stewards have provided licensed participants Mr. Nathan Jack, Ms. Lisa Bartley, Mr. Mark Pitt and Ms. Amanda Turnbull until 5.00 p.m. on Thursday, January 19, to make any submissions to the HRV Stewards as to whether any provisions of AHRR 183, such as the suspension of licences, are applied in the circumstances. The HRV Stewards acknowledge any such actions are serious measures and thus all available information needs to be considered.

“No person is yet charged. Even charges of themselves carry little weight as it is the evidence underlying those charges which becomes relevant. They (Stewards) invoke quite rightly, the need to maintain and protect the industry and the need to preserve public confidence in the industry. That however must be balanced against the damage to livelihood and reputation of the applicants.”

HRV acknowledge the commitment of the Victoria Police SIIU in terms of conducting investigations into matters that threaten the integrity of the harness racing industry.

HRV respect these matters are now before the Court and thus will not be commenting any further at this stage.