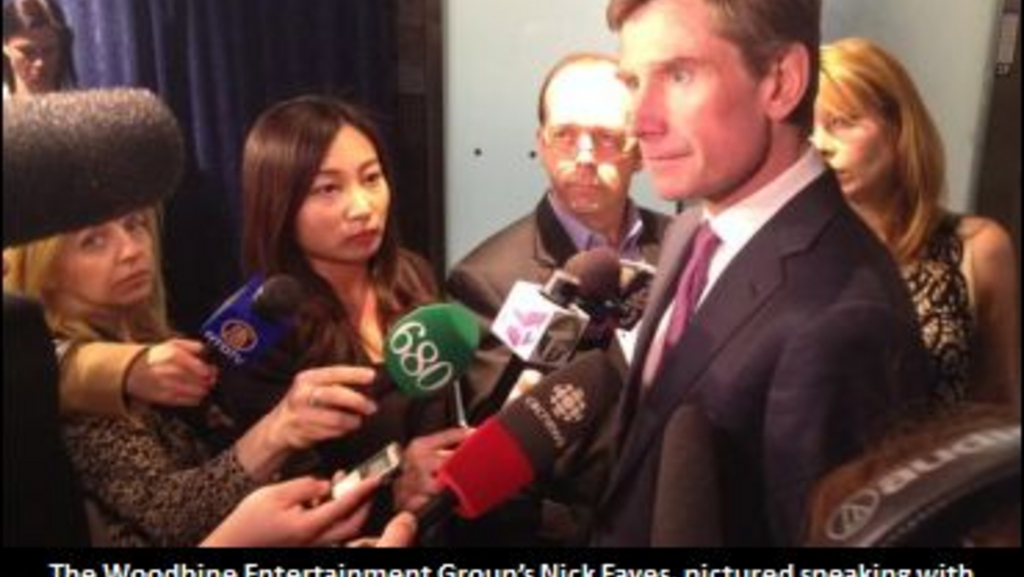 On Wednesday, March 25, the City of Toronto’s executive committee voted in favour of allowing city manager Joseph P. Pennachetti to assemble a report in regard to a potential gaming expansion at Woodbine Racetrack.

The executive committee voted on the issue Wednesday after a motion had been tabled by Ward 1 Councillor Vincent Crisanti.

It was announced earlier this month that Mayor John Tory was open for renewed discussions regarding casino expansion at Woodbine, but only if the plans involve an entertainment destination. Mayor Tory’s office has made it clear throughout the process that expanded gaming at the Rexdale, Ont. raceway would have to be in conjunction with a much broader vision that would also drive economic development in the area.

The Woodbine Entertainment Group’s outgoing CEO, Nick Eaves, addressed the committee earlier in the day and outlined why it should be supporting an expanded gaming and an entertainment complex at the track.

“With these three points in mind – the motion applies to the Woodbine site only; there’s already significant gaming at Woodbine; and Woodbine is the employment anchor in one of the most economically-challenged areas of the city and is already a major entertainment centre – I ask you to support Woodbine, to support the horse-racing and breeding industry in this province, and to support the economic and employment benefits that Woodbine brings to Toronto,” Eaves said.

Ontario Premier Kathleen Wynne has also weighed in on the idea of expanded gaming at Woodbine, stating “The fact of the horse racing at Woodbine means to me that it's a different situation (than introducing a new casino complex in downtown Toronto). There's already gaming there. I’m very interested in seeing the integration of gaming including horse racing. I think that it makes some sense for city council to look at it again.”

Premier Wynne went on to reiterate that decisions on the expansion of gaming should be municipal decisions.

“We always maintained that the municipalities were going to make these decisions, that there wasn’t going to be an imposition of a casino,” said Wynne, who later stated, “having said that, I was surprised at the time of the vote around the downtown casino that the Woodbine casino was part of that. I saw them as different cases.”

(With files from the Toronto Star and CTV News)