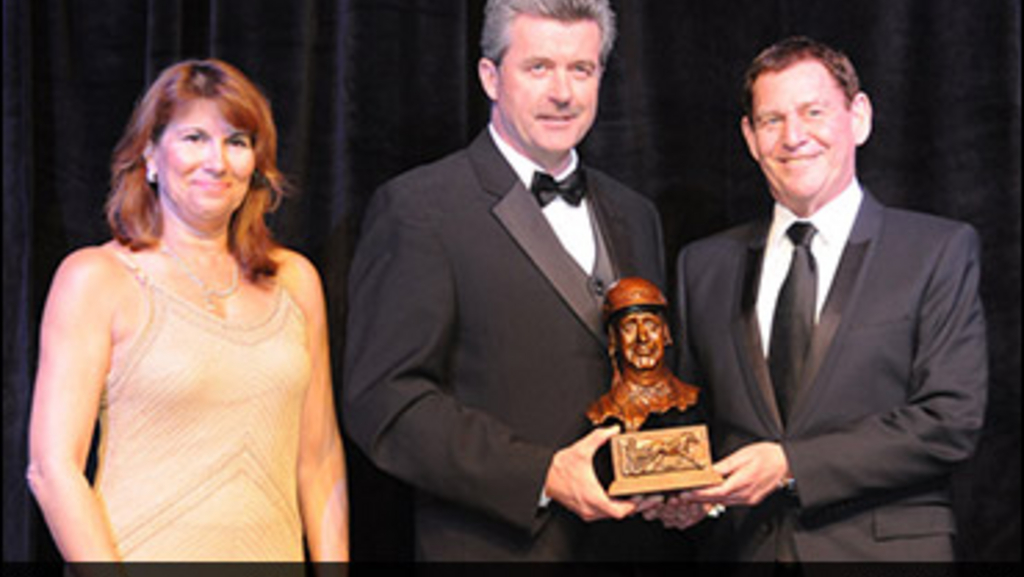 Standardbred owner Herb Liverman has a stableful of stars, and they made their presence felt this weekend.

"Unbelievable. All of them were terrific," said the former Montrealer, after Bee A Magician's stunning victory over males in the $183,650 final of the Cutler Memorial Trot at The Meadowlands raised his stakes haul for the week to four.

Earlier Saturday, two of the three-year-old trotting fillies that he co-owns, Magic Marker and Wild Honey, prevailed in sloppy conditions in $48,316 divisions of the Pennsylvania Sire Stakes at The Meadows. Another filly, Smexi, came within a neck of making it a sweep, finishing second to Livininthefastlane in a stakes-record 1:53.

On Thursday, Liverman's Breeders Crown champion Pinkman made his three-year-old debut at Harrah's Philadelphia in a $63,904 Pennsylvania Sire Stakes event, establishing a track record (and tying the world record) for three-year-old geldings with a wire-to-wire victory in 1:52.2.

Liverman has shares of six three-year-olds and 13 two-year-olds. For older horses, he has the trotting-mare tag team of Bee A Magician and Maven.

Maven will race in Sweden this weekend as a tune-up for the Elitlopp on May 31. The six-year-old mare was invited to Sweden's biggest race after winning at Solvalla racetrack two months ago.

As for Bee A Magician, who became the third-richest trotting mare in history with her win in the Cutler, "she's starting like she did as a three-year-old (when she was named horse of the year in both Canada and the U.S.)," Liverman said. "She really looks good."

Hello Herb, All of this

All of this could not have happened to a nicer guy.