Is it a coincidence that Sydney Seelster is being re-united with Weaver two days before Valentine’s Day? Maybe...maybe not, but it’s certainly a perfect time to mend a broken heart.

Horses are claimed every day in the harness racing world, but this particular claim upset many fans of the sport. To some, the horse might be just a $4,500 claimer (plus allowances), but for owner Sydney Weaver the pacing mare was worth a lot more.

Since receiving Sydney Seelster as a Christmas gift, Weaver and her namesake horse have been inseparable. On race day, the Weaver family can always be spotted wearing pink in light of Sydney Seelster’s nickname, ‘Pinky’.

Weaver, of Acton, Ont., has a deep passion for the sport and is often found trackside at Mohawk throughout the summer.

In addition to being a harness racing super fan, Weaver is also an ambassador for the sport as an award-winning writer, public speaker and inspirational leader.

With the help of her father, Don, Weaver also founded Friends Of We Care – a charity designed to send special needs kids to summer camps.

Needless to say, Weaver has certainly accomplished a lot at a young age.

“At first, I couldn’t believe it. I actually thought it was a joke,” Weaver said. “Then it hit me and it wasn’t a very pleasant night. It was just an awful feeling to lose something or someone so close. We barely slept.”

As reported earlier this week, horseman Guy Gagnon claimed Sydney Seelster but was unaware of the story behind the young owner and her prized Standardbred.

"I never heard of her story before; I'm not on Facebook, I'm not on Twitter, I'm not a 'computer guy' and I didn't know the story before last night," Gagnon told Trot Insider on Monday. He agreed to allow Sydney Seelster to be claimed back by the previous owners.

Weaver is thankful that Sydney Seelster will be returning home.

“I’m just happy to be getting ‘Pinky’ back,” Weaver said. “She’s a part of our family and we’re thankful to have so many caring friends.”

“We thought it would be possible for him not to know the story and that turned out to be the case,” she said. “We’re very thankful for Mr. Gagnon’s understanding and doing what we felt was right. Mr. Gagnon was very apologetic and sincere throughout this entire process and we thank him for that. Something that started out awful has turned out for the better and we are very lucky to have so many caring friends in this sport.

“We know horses are claimed everyday,” she continued. “We understand the business and logic of the sport. We just didn’t think in a million years that she would leave Sydney.”

Sydney Seelster was entered into a $7,500 claimer (plus allowances) on Wednesday, February 12 at Flamboro Downs, in which the Weaver family claimed their loved one back.

Gagnon also arranged to pay the difference in the claiming price ($3,125) as Sydney Seelster was raised in class and Gagnon offered the Weaver’s any prize money that the 22-time winner earns.

Sydney Seelster finished third in the $5,000 event, earning $600 for the Weaver family.

A simple misunderstanding has been rectified for one of harness racing’s most beloved owners. 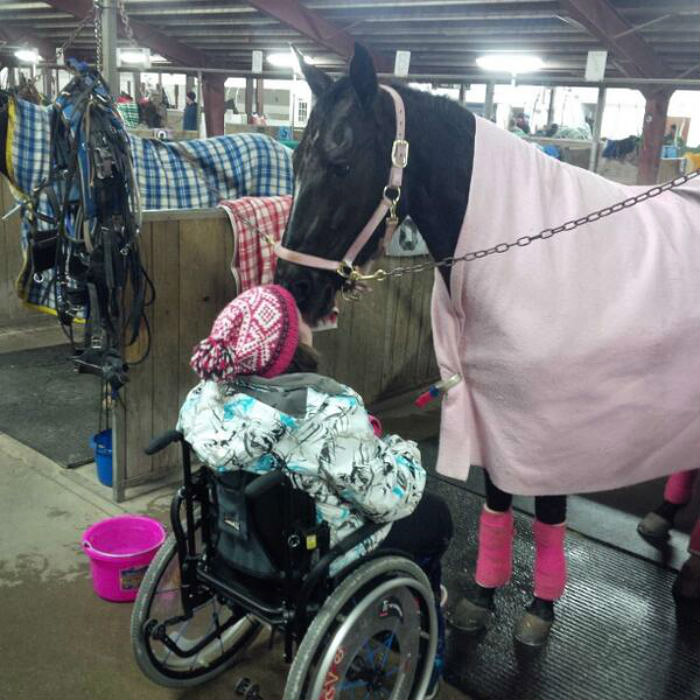 (with files and photo from WEG)

Mr Gagnon I do not know how

Mr Gagnon I do not know how all this will play out for you, in the end maybe it will turn out for the good. You need not be apologetic! This is a business after all and as CEO of that business you are responsible for its success, for you to be criticized for claiming this horse is reflection of the ignorant society we have become and that unfortunately has resulted in this ridiculous scenario. This business can be great for its participants only if they fully understand and respect all of its pros and cons. There is a cause and effect to all we do in this sport, hopefully Sydney Weaver has learned this, and the next time she enters her horse she may take some resolve before doing so.

I'm very happy for Sydney and

I'm very happy for Sydney and her family and this comes from my heart . The unfortunate part that still does not seem right , is the fact that , what is being said as an unwritten rule. This horse can race in claiming races but basically is not to be claimed by anyone no matter what . If this was 2 separate interests that arranged the same business transaction with any other horse prior ( promising to give the difference in money from the claim after the race as well as any monies earned )there would surely be some head hunting for misreprentation of something and surely fines and suspensions to follow. I'm sure many horsemen in the past have had horses of their own or trained horses for people that had to continue in the conditioned races for the simple fact they would never be going to anyone else's ownership . If it is for the love of the animal itself , winning does not matter . If you continue to win in a claiming race , let's face it ,someones going to a new home so they can try to do the same . I am sure some people will not be very happy with some of what I state and I apologize to anyone if I have offended you . This industry is what I grew up in and love , even though I am no longer involved I stay very in tune with the sport and hope it will eventually climb on it's own feet and be what it always was !

If the horse is dropped back

If the horse is dropped back into a 5 claimer....watch out. Cesar and the Weavers had better race her in conditioned races from now on.

Wonderful to see so many

Wonderful to see so many people--especially M. Gagnon--- working together to make this happy ending come true for Sidney and Sidney.