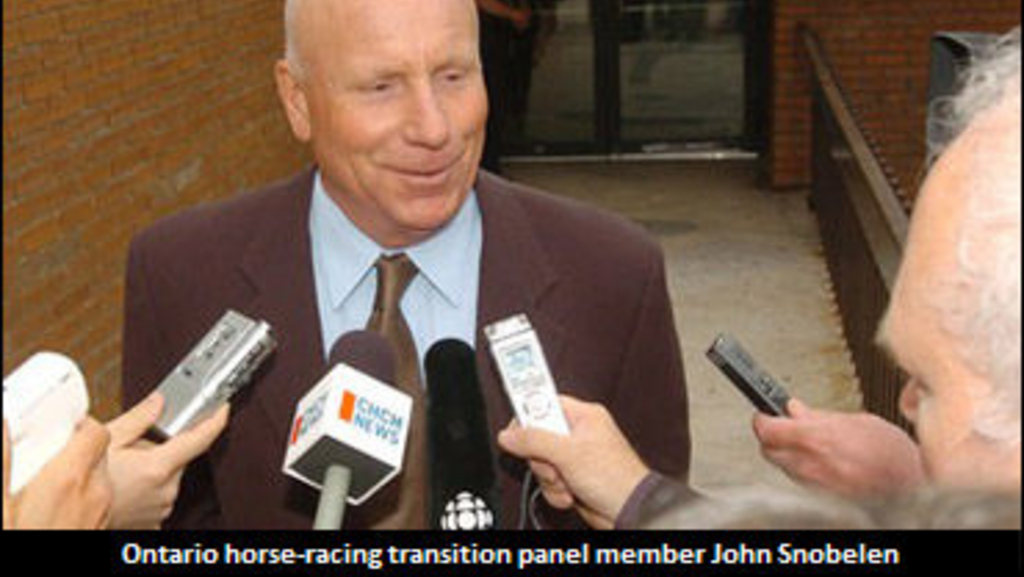 It has been reported that the government of Ontario Premier Kathleen Wynne is compiling a shortlist of individuals to replace Ontario Lottery and Gaming Corp. Chair Paul Godfrey. It has also been reported that an update regarding the Ontario horse-racing industry's integration into the OLG's gaming modernization plan is to be announced this week.

The news regarding Godfrey and the modernization plan comes courtesy of an article by The Globe and Mail.

The Globe and Mail article has stated that Godfrey was not available for comment on the issues.

A report by the Ottawa Citizen has quoted Wynne as saying that she is keen on getting the Ontario horse-racing industry integrated into the OLG modernization plan, but that it has not been an easy process.

The Ottawa Citizen report has quoted Wynne as saying, “I’m very keen on the horse racing component being integrated into the overall gaming strategy, and that’s been a struggle.”

Late last week, 570 News reported that the OLG would be reviewing its rules from determining casino locations where two-tiered government exists. Such is the case in Waterloo region, part of the OLG's SW1 Zone. Earlier this year, Woolwich Township voted in favour of opening discussion with the province's gaming operator but Regional Council voted against it.

“I think the current system was not a good system. It allowed to set communities against one another in the market areas," Waterloo Region's Chair Ken Seiling told 570 News. "And really they’re targeting markets not single municipalities. So when the impact is felt across the broader community, they have a responsibility, I think to get the opinions of that broader community.

Seiling went on to say that he didn't think the OLG should "come into a community and cherry-pick one community out of that larger community and make a decision based on that.”

I wonder what they will have

I wonder what they will have to pay Godfrey and others in compensation. Yet another waste of taxpayers hard-earned dollars to add to the Liberal's list.

Many signs of the OLG going

Many signs of the OLG going rogue and I have a feeling that the bonuses to CEO's were the last straw. No doubt the only interest Godfrey had were in US casino's and not Ontario residents. Just maybe sanity will finally prevail.

Funny how they screw over our

Funny how they screw over our industry then they all quit or get canned!!! (McGuinty, Duncan and now Godfrey) what's that tell you about this government????

Those of us who can't race at

Those of us who can't race at WEG cannot wait until 2014. Our horses need to race THIS year.

Don't want to get too excited

Don't want to get too excited about this announcement but getting rid of Paul Godfrey at the OLG can only be good news. Let's hope that a few more go with him and that their replacements will have a genuine interest in growing horse racing across the province rather than killing it in favour of internationally owned, cash-sucking casinos. This move is, obviously, politically motivated but whatever it takes to get Wynne to take some positive action is what we have been fighting for over the past 14 months. Maybe someone is finally getting through to a party that was deaf, dumb and blind to our cause and completely brainwashed by the OLG up until the last couple of months. Let's hope there will be a healthy future for our industry.