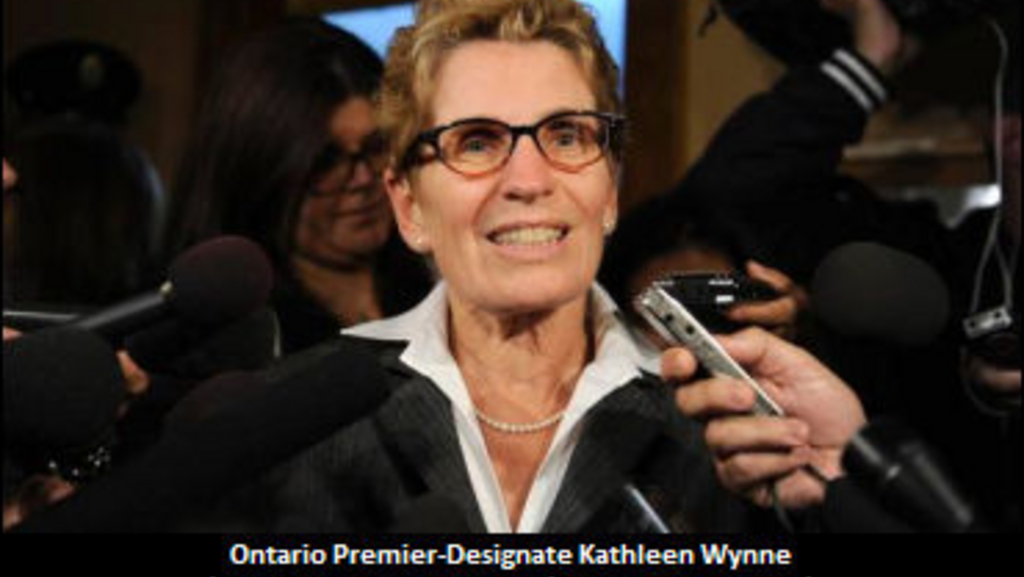 After Ontario Premier-Designate Kathleen Wynne stated Thursday that she wanted jurisdictions to have some control over casino placement, she stated that she will not be halting the Ontario Lottery and Gaming Corp.'s controversial gaming modernization plan. Also, Hamilton Mayor Bob Bratina has gone on the record as saying the city should use “some or even all” of its cut from the proposed downtown casino to be redirected to Flamboro Downs.

According to a report by the Ottawa Citizen, Wynne took part in an eastern Ontario media conference call in which she stated that she is on board with the OLG's modernization plan.

The article quoted Wynne as saying, “I understand that the reality of casinos is with us, adding that "there’s no plan on my part to change that reality.”

Echoing what she said during a phone-in show on CBC Radio earlier in the day, Wynne said during the media conference that, “What I have said, over and over, is that I do not want the provincial government or an arm of the provincial government to be interfering in terms of municipal process, and I want municipalities to have the autonomy to decide whether they want a casino and where they want it to be."

Wynne's comments regarding the location of casino expansion within 'willing host municipalities' serves as a perfect segue into recent casino comments made by Hamilton Mayor Bob Bratina.

The location of casino expansion has been a polarizing issue in Hamilton for months now. Residents seem to either be strongly for or strongly against the prospect of a full-blown casino complex introduced to the downtown core. There is also an equally-strong push --- one which is backed by Hamilton City Council --- to see any casino expansion within Hamilton to be located at Flamboro Downs.

As a report by the Hamilton Spectator explains, during a recent breakfast meeting of the Flamborough Rotary Club and the Flamborough Chamber of Commerce, Bratina said the city should redirect “some or even all” of its cut of revenue from a proposed downtown casino to Flamboro Downs.

The Hamilton Spectator report has paraphrased anti-downtown casino councillor Sam Merulla as saying that the mayor's 'messaging of using tax-relief dollars to help the declining horse-racing industry only confuses an already complex issue.'

A segment of the Hamilton Spectator article states that:

The mayor hasn’t officially staked out a position on a downtown casino, but he’s widely seen as supportive.

He’s also known as a politician who will trim his sails to suit his audience.

It remains to be seen whether Bratina was simply playing to the Flamborough crowd or if he’s really serious about subsidizing horse racing in the area.

If he formally advances a motion or at least strongly advocates the idea among councillors, it’s only fair to take him seriously.

(With files from the Hamilton Spectator and the Ottawa Citizen)

I wish it was not so but I

I wish it was not so but I have repeatedly stated it is Harness Racing participants, supporters and those who would support a product similar to what exists at the Meadowlands who must save themselves, do not look to the Politicians!!

As the Sundance Kid once said

As the Sundance Kid once said "WHO ARE THESE GUYS"
How can these OLG thugs get to her this fast. Very perplexing.

Why is any one surprised by

Why is any one surprised by this, Wynn was a big part of the bunch that screwed us to start with!

Is Hamilton Mayor Bratina the

Is Hamilton Mayor Bratina the only one who "gets it"? Too bad there aren't more like him.

"While on the campaign trail

"While on the campaign trail last week, Wynne said she would review the OLG's controversial gaming modernization plan and would consider pressing the pause button on the process". Source: Wynne Wants Municipalities To Have Autonomy - Standardbred Canada Post, January 31.

Either I slept through the announcement of a review process earlier this week or, like everything else in this carefully orchestrated drama, the Godfrey Gang has set Ms. Wynne straight in another Liberal backroom gathering.

Why is everyone surprised...she is a LIBERAL and THEY GOT TO HER!!!

Sounds like Mr.Godrey'got to her'.She flashed us a little tiny light at the end of the tunnel and then 'whammo' turned it off.Moral of the story....the OLG is running this province, not the elected officials.

Has predicted she's been

Has predicted she's been recruited by Godfrey, Duncan and US casino's for this in other words privatization plan of Ontario gaming. To spend more and more in a bad economy, saturated market and bankrupt government.

What happened, did she lose

What happened, did she lose the pause button, or someone above her change her course on this issue?
Prepare yourself for when the debt bubble bursts shortly.

It's becoming apparent that

It's becoming apparent that Kathleen Wynne will not be the savior that some Horse Racing people were hoping for. One gets the feeling that the Wynne Liberals will be little different than the McGuinty Liberals - what a shame.

All that talk (by some Liberal candidates before the Liberal Leadership Convention) about connecting with Rural Ontario was just political rhetoric (to put it nicely).

What are the chances of a quick election?