Andrew Steps Away From ASHA, HRA 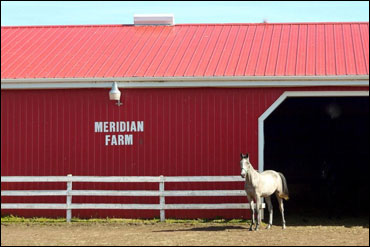 "Please be advised that for personal reasons I have resigned as president and director of the Alberta Standardbred Horse Association and as a director of Horse Racing Alberta," Andrew stated via email. "These resignations are effective December 12, 2011."

On Monday, December 12, Andrew announced that Meridian Farms would be discontinuing stallion service in Alberta and Western Canada effective immediately, and that Alberta-based stallions Brandons Cowboy and Camystic will join the stallion roster for Meridian Farms in Atlantic Canada for 2012.

To read Meridian's release regarding the discontinuation of its stallion service in Western Canada, click here.

Sad day for Alberta racing..
Bill: I know how hard you have worked for the continuation and growth of the Standardbred Industry in Alberta. This must have been a very hard decision for you. Alberta will miss your presence, strong commitment and dedication to the whole industry. I wish you the very best for the future.
Ron Sinclair