The streak was expanded to seven straight for Red Dirt Boomer in the ‘glamour boys’ division of the Island Breeders finals Saturday afternoon on the championship card at Red Shores Racetrack and Casino at the Charlottetown Driving Park.

The Gilles Barrieau-trained and driven colt guarded the rail from the start and cruised to a 1:56.1 victory in the $12,000 three-year-old pacing colt Island Breeders Final Harry O’Brien Memorial over Q Ts Charlie (Ken Murphy) and Notorious (Marc Campbell). A product of breeder Lowell Balderston of North Wiltshire, Red Dirt Boomer is owned by Daniel Ross of Belfast.

The Island Breeders final for three-year-old pacing fillies, named the Ron McInnis Memorial saw a major upset as Woodmere Oleksiak (David Dowling) had her win streak cut at eight races as fellow Earl Watts stablemate After The Lovin captured the $12,000 purse in 1:58. A daughter of Carnivore, After The Lovin is owned and bred by Windemere Farms of Hampshire and River Valley Management of New Brunswick. Elm Grove Nellie (Dale Spence) completed the triactor. 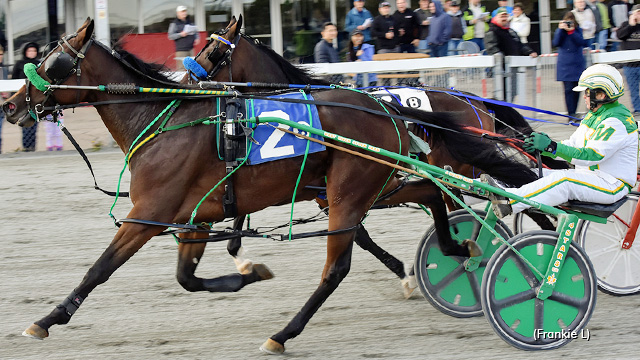 Rose Run Quest found the winner’s circle in the $3,000 Preferred pace with a 1:55.3 victory for trainer-driver Campbell and owner Blair Hansen of Charlottetown.

Imagine Speed upset in the $2,800 Fillies and Mares Open at 10-1 odds with Spence in the bike for the 1:57.4 score for owners Doug Matheson of Cornwall and Jessica Hawkins of Warren Grove.

For race replays and more go to Redshores.ca. To view the charts for the Saturday card at CDP, click the following link: Saturday Results - Charlottetown Driving Park.