A Debut And A Return At Red Shores

The 130th season of harness racing kicks off on Saturday night at Red Shores Racetrack and Casino at the Charlottetown Driving Park.

It has been the best part of six years since she saw action in a pari-mutuel event but the fact remains that Malabrigo will be looking for her 17th straight win in her comeback from retirement.

Malabrigo last raced in late 2012 for trainer-driver Marc Campbell, where she won her 16th consecutive race in her undefeated three-year-old season. The daughter of Western Paradise was then sent to Kentucky where she had four foals before being picked up by Campbell at the Harrisburg Mixed Sale in Pennsylvania last fall. She was trained back for new owners Natasha Campbell and Darryl and Gordon MacLean, all of Winsloe and Meghan MacDonald of Charlottetown and was a sharp qualifying winner in 2:00.1 over Red Shores Charlottetown. Malabrigo has been installed at 3-1 odds in race 10 on the Saturday evening program after drawing post 4 in the $1,800 event. 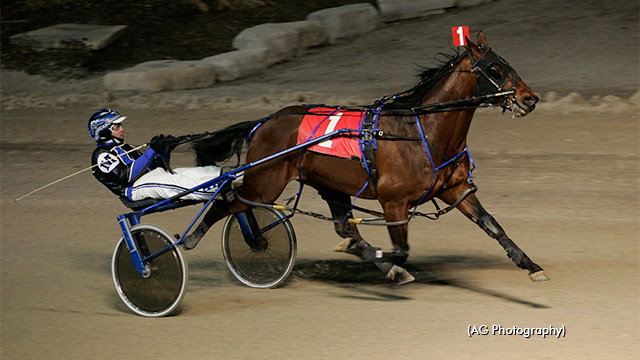 The Preferred pace lines up in Race 11 with Czar Seelster and driver Kenny Arsenault the morning line favourites in the $2,500 event from Post 6. Owned by Tammy Johnston of Stratford, the Todd Weatherbee trainee was a 2:00 qualifier winner last Saturday in Charlottetown. Newcomer Confident Fella has Post 4 in the field of six with Campbell in the sulky for trainer Ralph Sweet and new owners David and John Sweet of O’Leary. Other entries include Mr Irresistible (Jason Hughes), Euchred (Terry Gallant), Adkins Hanover (Adam Merner) and Tobinator (Corey MacPherson).

Austin Sorrie, 18, makes his pari-mutuel driving debut on the weekend card with a pair of mounts on the program including Thebestofme in Race 3 and Pictonian Storm in Race 12.

Customers can expect some new features when they arrive back at the track for the Red Shores season opener including the Mystery Voucher, where you purchase your race program on track and receive a wagering voucher. Customer prizes for the mystery voucher range up to $130 in celebration of 130 years of racing in Charlottetown. The season will yet again see the Race Day Broadcasts anchored by Lee Drake, Peter MacPhee, Kurt Hughes and Bo Ford along with track announcer Vance Cameron.

Red Shores Racetrack and Casino at the Charlottetown Driving Park