'Wanda' Back In Series Spotlight 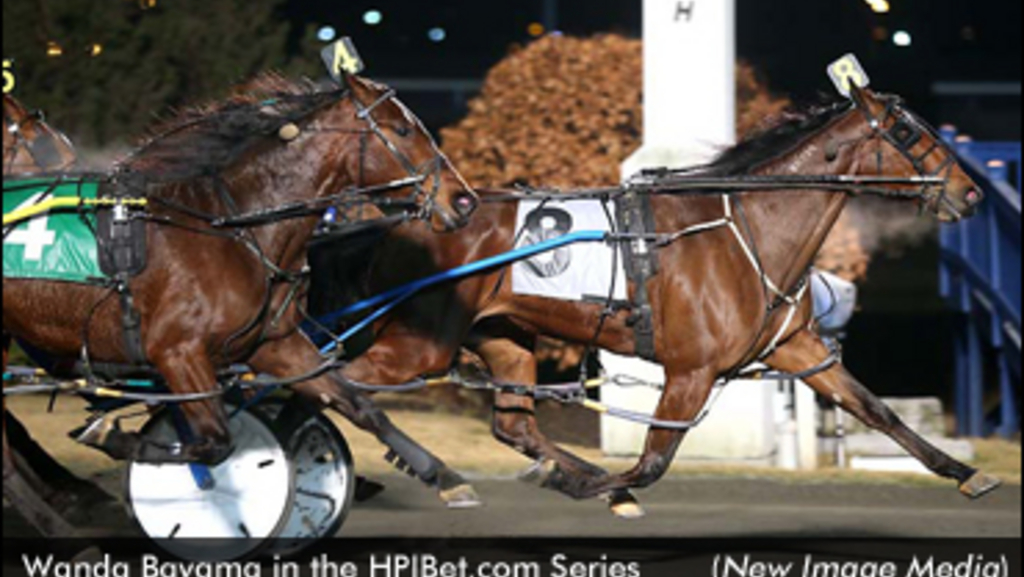 Wanda Bayama survived a first over journey to prevail in the $20,000 second leg of the HPIBet.com Series on Friday night (March 11) at Woodbine Racetrack.

The series, which began with Our Hot Majorette and Much Adoo winning divisions last week, is for four-year-old pacing mares that are non-winners of $100,000 lifetime as of Oct. 31, 2015. Our Hot Majorette was the inside 3-5 favourite in round two while Wanda Bayama was the 2-1 second choice after finishing second to Much Adoo, who skipped this leg.

Aniston Seelster (Doug McNair) left from the middle of the starting gate to take the lead over Our Hot Majorette (Rick Zeron) through a 27-second first quarter. However, Out Hot Majorette took over command of the 11-horse field before the half-mile mark of :56.

Driver Sylvain Filion made his move with Wanda Bayama down the backstretch and advanced first over from fifth. They pursued the leader past three-quarters in 1:24.2 and into the stretch before prevailing by half a length in 1:51.4, with a :26.4 final frame. Yes You Can (Trevor Henry), who followed in third throughout, closed outside to edge out Our Hot Majorette for the runner-up honours.

Wanda Bayama, who swept the Niagara Series in December before making her season-debut in this series, now has eight career wins in 21 starts and earnings totalling $87,514. Her HPIBet.com Series win lowered her lifetime mark by one full second.

Earlier on the card, Richard Moreau trainees Ms Mac N Cheese and Witch Dali took turns on the front end and finished within a neck of one another to sweep the top two spots in the $30,000 Fillies & Mares Pace.

Ms Mac N Cheese, also driven by Filion, had the slight advantage at the wire despite firing off a :25.3 opening panel leaving hard from the outside six-post. Witch Dali and Jody Jamieson settled for the runner-up honours after looping her stablemate after the first quarter and posting middle fractions of :54.3 and 1:24.1. Greystone Ladylike (Mike Saftic) tracked early gate-gapper Moonlit Dance (Randy Waples) and rallied off her cover to finish third, three and three-quarter lengths behind.

The winning time was 1:52.2 for Ms Mac N Cheese, a four-year-old Badlands Hanover mare owned by David Ratchford of North Sydney, N.S. She paid $6.40 to win as the slight second choice on the toteboard to her barn buddy.