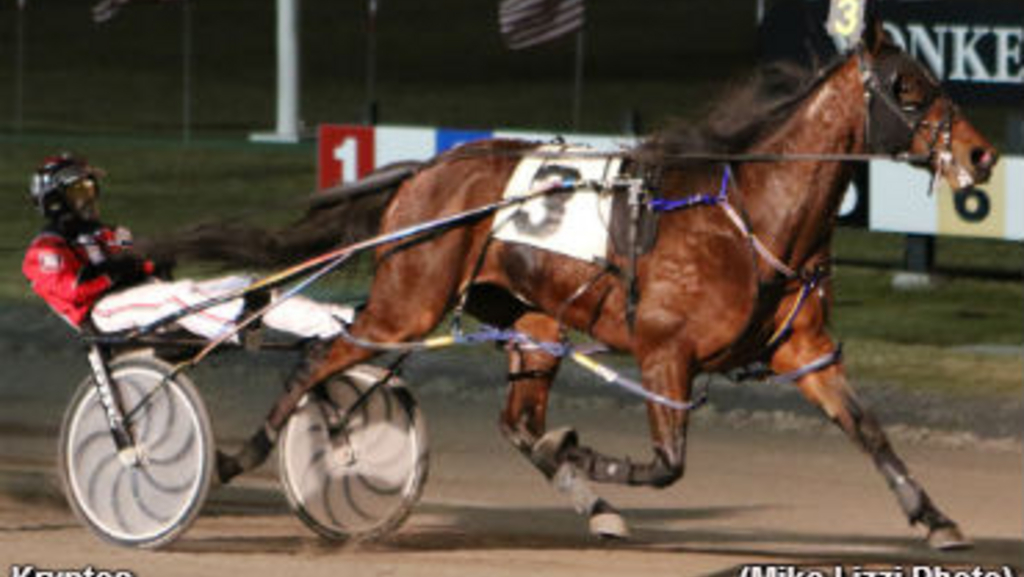 Yonkers Raceway’s stakes season began Monday night, with the opening round of the Petticoat Pacing Series for three- and four-year-old young ladies who were non-winners of four races and/or $40,000 through last Dec. 1.

“She’s a bit green and hasn’t quite figured out of the turns, but she can go,” Brennan said.

The lass is co-owned (as Drennan Stable) by (trainer) Nik Drennan, Joseph Davino and Brad Shackman.

The former, trained by Wayne Givens for co-owners Legacy Racing of Delaware and Reginald Hazzard II, is now 3-for-6 this season (3-for-3 since adding Lasix). The latter, owned by Stacey Reinsma and trained by Andrew Harris, has three (consecutive) wins in her five seasonal starts.

The evening’s final series division went to a seasonal-debuting Special Package (Jason Bartlett, $3.40) in 1:55.4. The four-year-old daughter of Western Terror co-owned by (trainer) Tom Fanning and Fly By Night Stables

The Raceway’s live season continues Tuesday afternoon, with the opening round of the Sagamore Hill Pacing Series for three- and four-year-old colts/geldings. Post time is 1 p.m.