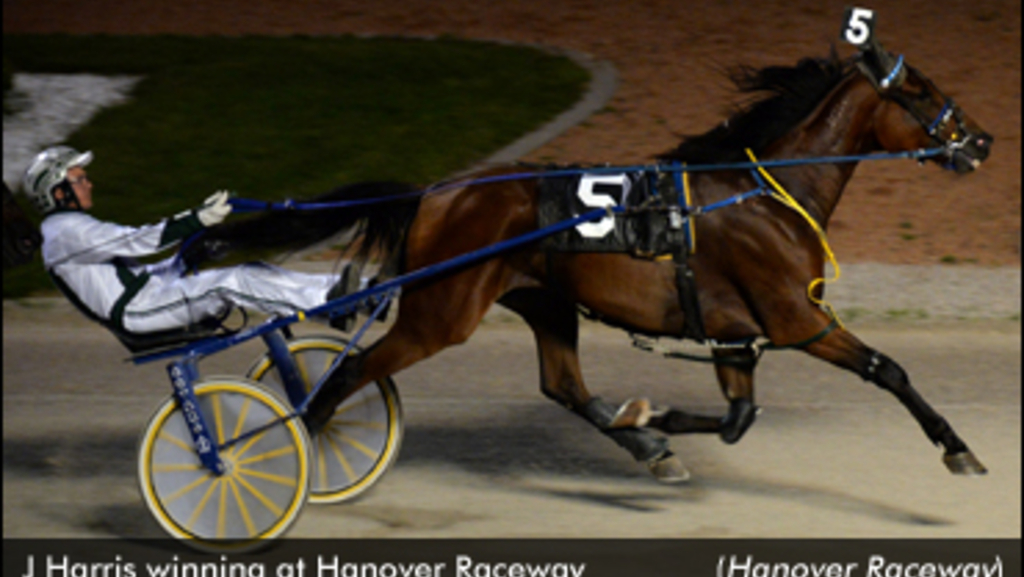 Flamboro Downs' third race on Saturday, Nov. 21 was declared a 'no contest' after an accident involving two horses occurred at the half-mile mark.

As the field completed the first lap of the track, pacer Pretty Boy Cam, driven by J Harris, fell while racing in seventh-place in the outer flow. Turntherigaround and Scott Young collided with Pretty Boy Cam and Harris from behind.

Flamboro Downs General Manager John Stolte told Trot Insider that both horses came away from the incident unscathed. Harris was transported to hospital while Young had a sore wrist, but was back in the sulky for the following race.

"We were coming off the second turn to the half and just as we straightened up, the horse ran in and caught a quarter or a shoe and just dropped," explained Harris, whose xrays revealed he suffered a cracked pelvis in two places.

youve been out fire out there and delivered alot of terrific trips for the bettors and your trainers and owners...thanks

and a get well card here to your sister in law who we read about recently....

There have been similar

There have been similar incidents as this one recently. At least due to pressure, the judges are now immediately calling these races "no contest" saving further injury to horses and drivers. Perhaps there is hope for changes in other areas that have caused fan complaints!