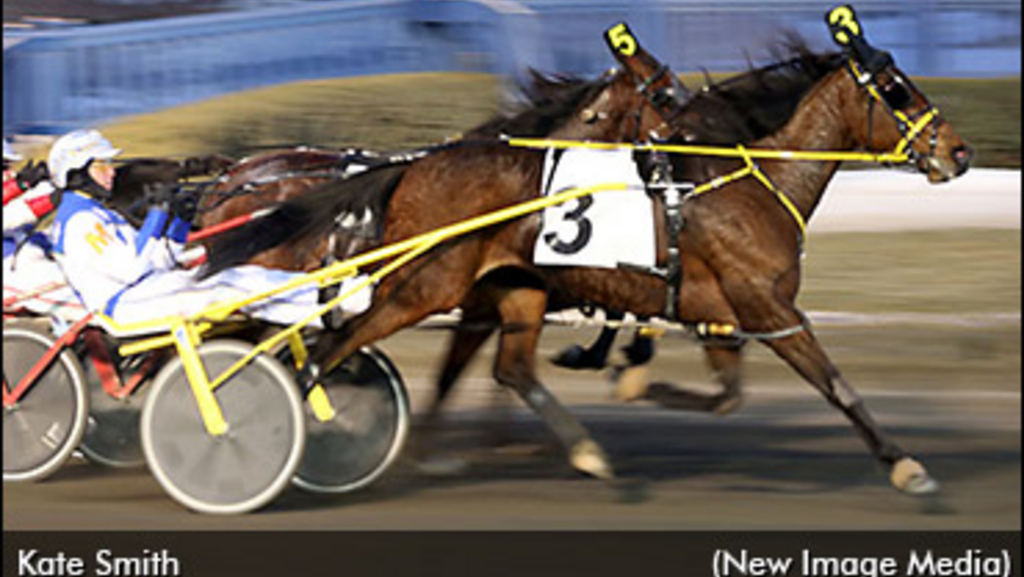 Kate Smith scored an upset victory to get the Lifetime Dream series underway with a bang Monday night at Woodbine Racetrack.

A field of eight four- and five-year-old trotting mares, including defending series winner Samira Hanover, contested the $20,000 first leg of the Lifetime Dream.

Sent off as the heavy 3-5 favourite, Samira Hanover made a costly break before the start and spotted the field many lengths.

Seawind Pascale left the quickest off the gate to the front and posted an opening quarter of :27.1. Down the backstretch, a pair of breakers in mid-pack allowed Kate Smith and driver James MacDonald to slide up into fourth.

Around the final turn, Seawind Pascale was confronted first up by Standing My Ground, while Meadowview Vicky and Kate Smith followed closely in behind.

In the stretch, Seawind Pascale turned aside the first up challenger, but MacDonald showed Kate Smith open racetrack on the far outside and the 50/1 longshot powered past the leader to score the upset win by three-quarters of a length in 1:56.3.

Meadowview Vicky got up for third, while Standing My Ground took fourth.

Following the race, Kate Smith’s 50/1 shocker became a 25/1 upset victory, as the favourite Samira Hanover did not reach the fair start pole and was refunded.

A four-year-old daughter of Cornaro Dasolo, Kate Smith was making her first start of 2015 for trainer Herb Holland and owner Carolyn Mac Issac.

The second round of the Lifetime Dream is set for next Monday (March 16).

In Monday night's finale, the Jackpot Hi-5 was once again not taken down with a single ticket and thus the jackpot pool going into Thursday night's card sits at $557,161.32.