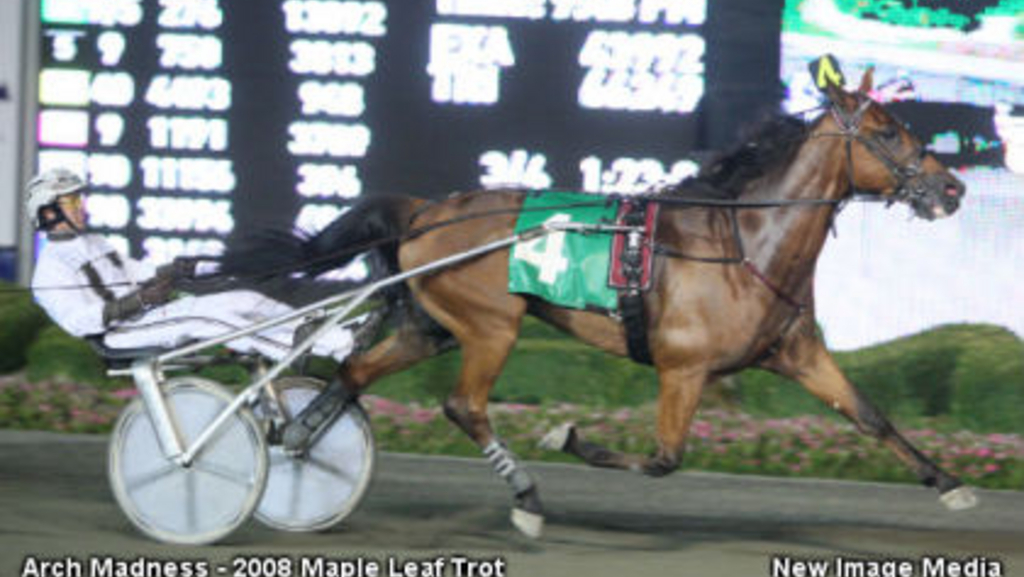 A number of high profile performers turned out earlier this morning at The Meadowlands, as the East Rutherford, NJ oval played host to 13 qualifiers.

The Trond Smedshammer-trained duo of Arch Madness and Falls For You were out for their second qualifiers of the season, and each of them were winners.

Two-time O’Brien Award winner, Arch Madness, romped to a 1:55.4 victory for Smedshammer in the fifth qualifier of the morning session, while Falls For You got the job done in the very next tilt in a time of 1:55.

A pair of stars from the older pacing division - Southwind Tempo and Casimir Camotion - also got the job done in their respective qualifying assignments.

Southwind Tempo, who now hangs her harness bag in the barn of trainer Ross Croghan, rallied to a 1:56.2 victory for driver Tim Tetrick. The five-year-old Bettors Delight miss, who was sidelined last June after sustaining an injury, kicked home in :27 seconds to score the one-length decision.

Casimir Camotion, a past winner of the Canadian Pacing Derby, froze the clock in 1:52.4 to win his qualifier for the tandem of trainer Bruce Saunders and driver George Brennan. The nine-year-old son of Camluck made a break in a qualifying attempt one week ago.

Terroronthebeach, who captured a $143,300 division of the Eternal Camnation Stakes at Mohawk Racetrack last August, rallied for a 1:56.4 victory in her first qualifier of the season for trainer Mark Harder. George Brennan engineered the winning effort with the three-year-old daughter of Western Terror.

There were a number of North America Cup eligibles on display this morning, as well.

Just a nose separated Overwhelming Share and Western Avenue in the eighth qualifier of the morning. Time for the mile was 1:58.4.

Cat Manzi prevailed with the Chris Ryder-trained son of Art Major, who has yet to make a pari-mutuel start. In fact, it was the first charted line for the youngster, who used a :27.4 final quarter to edge out a hard-charging Western Avenue. Tim Tetrick handled that unraced son of Western Ideal, who was making his first qualifying appearance for trainer Erv Miller.

Pangiorno, who also graces the list of North America Cup eligibles, rebounded from a tough beat to win his qualifier in a time of 1:53.2 for the tandem of driver Ron Pierce and trainer Peter Kleinhans. The son of The Panderosa made a dirty break in his debut for the new connections on March 6 at The Meadowlands.