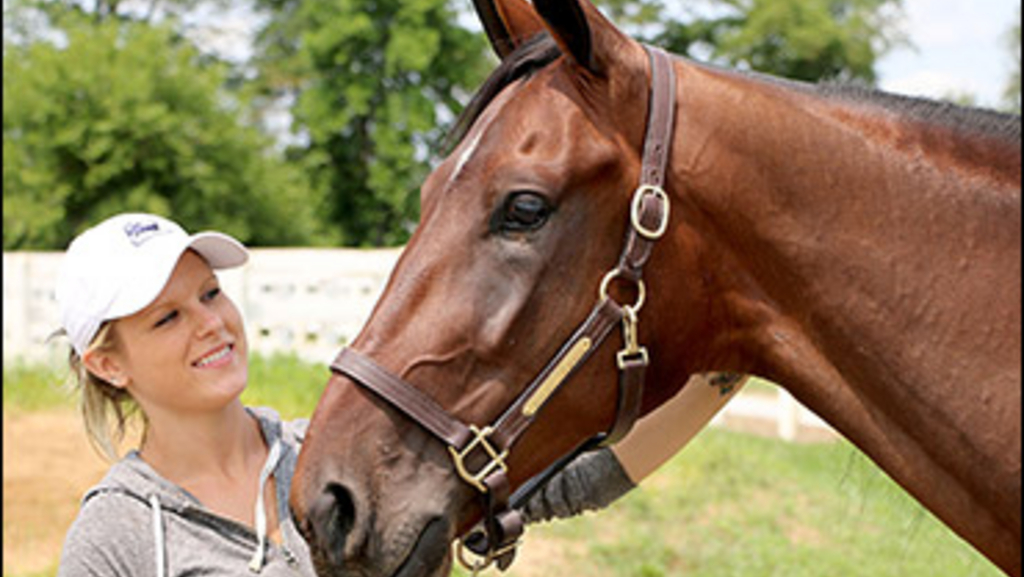 “They are going much faster and I don’t take much stock in that. I like the fact that he’s a horse that’s very willing and wants to go."

On Sunday, two days before the box closed on the $1 million Hambletonian, owner Marc Goldberg had a conversation with his trainer Trond Smedshammer about Royal Ice.

“I told him I thought the Townsend Ackerman was a good race for him,” said Goldberg of the conversation. “He thought that there weren’t going to be enough horses entered and that if it was just going to be one heat why not take a chance.”

Smedshammer’s opinion matters to Goldberg. The pair has been closely connected most notably to the betting public with the $4.2 million winning Arch Madness. A week ago it might have appeared to be pure madness to consider Royal Ice entered for anything but a non-winners of one race.

Everything changed for the horse, trainer and owner this past Friday (July 25) at the Meadowlands. Royal Ice broke his maiden in 1:51.3 with catch-driver Yannick Gingras in the bike.

The son of Muscle Hill reached the winner’s circle for the first time in his career surprising both the trainer and owner.

“I didn’t think he was sharp enough and I told Marc he might be a little short,” said Smedshammer, well aware that the horse hadn’t raced in four weeks.

“We really didn’t get to see how good he was in some of the earlier races. He was always racing on a sloppy track,” said Goldberg.

But everyone got to see just how strong a horse Royal Ice was this past Friday.

“He definitely has the desire,” said Smedshammer, who admitted that earlier this season he was concerned that the horse was having trouble breathing.

“I think he has enough experience,” said Smedshammer, unconcerned about whether the horse could be competitive.

“Takter's horses are better than him but anything can happen,” he said.

“He’s really not in very much,” said Goldberg. “It can get very expensive to stake a three-year-old. I don’t want an owner to spend $20,000 staking a horse that hasn’t shown that much,” Smedshammer said.

Yet surprisingly the trainer managed to keep Royal Ice eligible to one major race.

“I had to talk him into keeping him eligible for the Hambletonian, but it’s not as expensive as some of the other races,” the trainer said.

For Goldberg purchasing the colt for $70,000 as a yearling was not a surprise.

“Barry (Goldstein) and I raced his dam The Ice Queen and this was her first foal by a great horse: Muscle Hill, said Goldberg. “Geoff Stein and David Reid bred the colt.”

What appears paramount to both Goldberg and Smedshammer on Saturday is not to do anything that would hinder the development of the colt. He’s stepping up in class in a major way and even the trainer is not blown away by his final time in last week’s race.

Ron Pierce gets the assignment on Saturday with Gingras committed to Hambletonian favourite Father Patrick.

“I think Ron’s a good choice,” said Smedshammer, “He’s not afraid of the moment.”

“Brian (Sears) wanted to leave with him in the eliminations but then he had to take him off when others left,” said Smedshammer, “That wasn’t good for the horse but he fought back late.”

The wins have not come as often this year for Arch Madness, but his owner hasn’t lost faith.

“He’s still going the same kind of miles he’s always gone but it seems the other horses are going faster,” said Goldberg.

The owner is excited to come out to the Meadowlands on Saturday to watch his favourite horse compete win, lose or draw. As for his new kid on the block Goldberg sounded as if he would do whatever it takes to see Royal Ice race against the best if he’s up to it.

“We put up $62,500 to supplement Arch Madness to the Breeders Crown against an undefeated horse,” the owner reminded.

That gamble paid off rather well when Arch Madness defeated Donato Hanover in the Breeders Crown sophomore trot at the Meadowlands in 2007. Seven years later Arch Madness is still going strong and will join his three-year-old stablemate Royal Ice on the big stage Saturday.