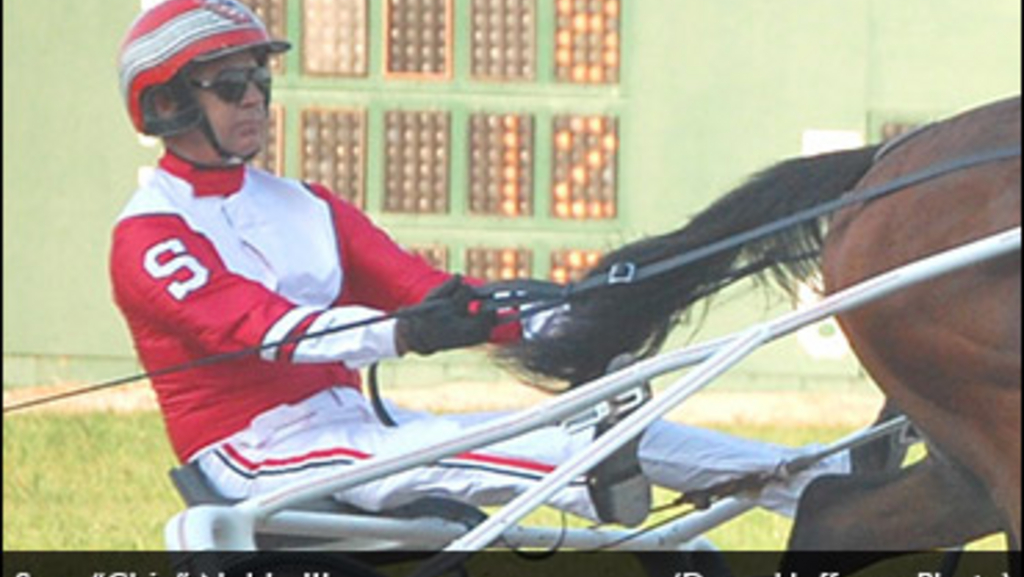 Sam "Chip” Noble III, 60, one of the top driver/trainers in the sport and a member of the Ohio Harness Racing Hall of Fame, died Monday, Jan. 13.

Noble grew up in Xenia, Ohio, and learned about the sport from his father. Among the best horses he trained were 1986 Confederation Cup winner Nobleland Sam, Concussion and world champion Deal Direct.

He was one of the top percentage drivers in the sport. He won North American UDR crowns in 1978, 1981 and 1983, and he was perennially among the leaders each season.

Noble was chosen to represent the United States in the biennial World Driving Championship in both 2001 and 2003.

He was the first two-time winner of the Jerry Kaltenbach Memorial Award as the top trainer on the Ohio Sires Stakes circuit, having achieved that honour in both 1993 and 1998. In 2003 he received the Buckeye State's highest honour when he became the 30th inductee into the Ohio Harness Racing Hall of Fame.

He was a director of the USTA and the Ohio Harness Horsemen's Association and a member of the Little Brown Jug Society.

Noble is survived by his wife, Debbie; and children, Sam, Dan (North America's top dash-winning driver in 2011) and Meredith.

Please join Standardbred Canada in offering condolences to the family and friends of Sam "Chip” Noble.

Chip and Ohio and the Little

Chip and Ohio and the Little Brown Jug whenever I think of these places or there is racing there I think of the King Chip Noble.Legend to say the least!The consummate horseman-Driver-Trainer-Owner and chances are he breed him too.I love watching his boy Dan.Too all involved with the LEGEND my condolences and may peace and harmony be with you thru these difficult times.GOD BLESS

What a shame to lose such a

What a shame to lose such a good friend and talented horseman. Early in my racing career, as an owner, I was introduced to Chip by a couple of owners of Concussion to share ownership and immediately I was very impressed with him and his training ability so I asked Chip to purchase me a Direct Scooter yearling -- Deal Direct.

His first big race happened to be the Fox Stake in Indiana -- which happened to be on my birthday. And here, we raced against the already-famous Artsplace. Deal Direct beat him handily. The Fox was a double heat race and Artsplace was withdrawn from the second heat. Deal Direct went on to win in a world record time. We then beat Artsplace again in the Champlain.

I became very good friends of Chip, and his entire family. My condolences go out to all of them.

My condolences go out to

My condolences go out to Chip's family.Truly a great person. RIP

Condolences to the family He

Condolences to the family

He was a great horseman and will be a huge loss to the industry.

A great loss to racing and

A great loss to racing and society. Chip Noble was not just a great horseman. He was a great person and a good friend! Condolences to Debbie and Family.
Doug McIntosh

RIP Chip. Condolences to your family