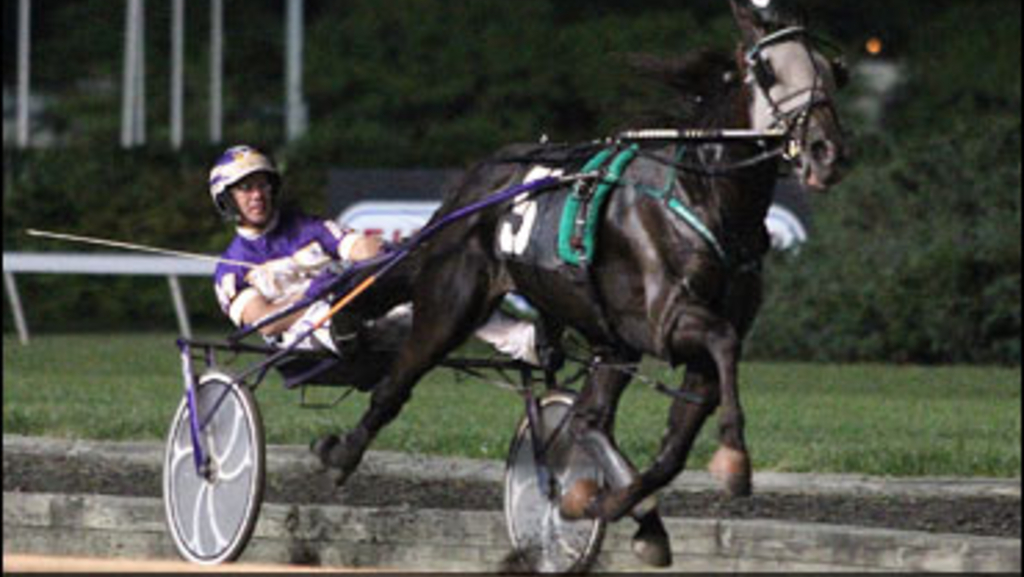 Chuck Sylvester says it takes some luck to win the Hambletonian. It also takes a well-prepared horse. The 73-year-old trainer thinks Spider Blue Chip is ready. The remainder will be determined Saturday.

Sylvester will try to join Bill Haughton, Stanley Dancer and Ben White as the only trainers to win the Hambletonian five times when he sends Spider Blue Chip into the $1.2 million event Saturday at the Meadowlands Racetrack.

Spider Blue Chip competes in the third of three elimination races and is the 5-2 second choice on the morning line behind 2-1 favourite Corky. The top three finishers from each elim plus the fourth-place finisher with the highest lifetime earnings will advance to the Hambletonian final, which will be contested later in the day.

Sylvester won his most recent Hambletonian in 2002 with Chip Chip Hooray. He finished second in 2010 with Lucky Chucky.

“We’ve been saying for 10 years now that we’d like to win five,” Sylvester said. “We have a chance. A lot of people have never won, so I’ve been lucky; I’ve been blessed. I’ve had a few seconds that I could have won, and I’ve won a couple that maybe I shouldn’t have. It works both ways.

“You have to have luck that day. But we’re competitive and [Spider Blue Chip] will be ready.”

Spider Blue Chip has won four of seven races this year and earned $182,113. He has finished worse than third only once, in his second start of the season when he made an interference break in a conditioned race at Mohegan Sun at Pocono Downs. Spider Blue Chip also suffered a bruised foot as a result of the incident, but has improved through a workout schedule that includes swimming on a regular basis.

“Right now he’s happy and sounder and in pretty good shape,” Sylvester said. “He’s been racing good out of the pool. He trained [Tuesday], swam [Wednesday] and he’ll swim Thursday and Friday. Then we’ll go race.”

Last year, Spider Blue Chip won two of eight starts, including a division of the Pennsylvania Sire Stakes, and earned $89,181. He ended the campaign, though, by going off stride in his final four races. Sylvester thought the horse’s woes had to do with attitude and Spider Blue Chip was gelded. Soon thereafter, Sylvester discovered the trouble was caused by a foot abscess.

“He was out a month and he popped a gravel in his left hind,” Sylvester said. “If we had known that, we wouldn’t have cut him. But it’s too late now.”

Spider Blue Chip (Andover Hall-Southwind Catlin) has won three of his last four starts, with his setback being a second-place finish by a head to Royalty For Life in the $294,000 Stanley Dancer Memorial on July 13 at the Meadowlands. Five days later, Spider Blue Chip won a division of the Pennsylvania Sire Stakes by three-quarters of a length over Possessed Fashion in 1:53.

“He trained down well all winter, so this doesn’t surprise me,” Sylvester said. “Every week he seems to be getting better and his last three starts have been really good.”

The current conditions represent a return to the format used from 1991-96.

“It wouldn’t surprise me if a different horse wins the final than the three eliminations,” Sylvester said. “I’m sure in between heats there are going to be a lot of changes made with the horses, including mine probably. You’re going to see shoes mainly, maybe a few bits. You’re going to see some guys pull shoes all together and take a shot in the final with no shoes.

“I think Royalty For Life will be the favourite. But it’s going to be interesting. Anybody that has a good day can win.”