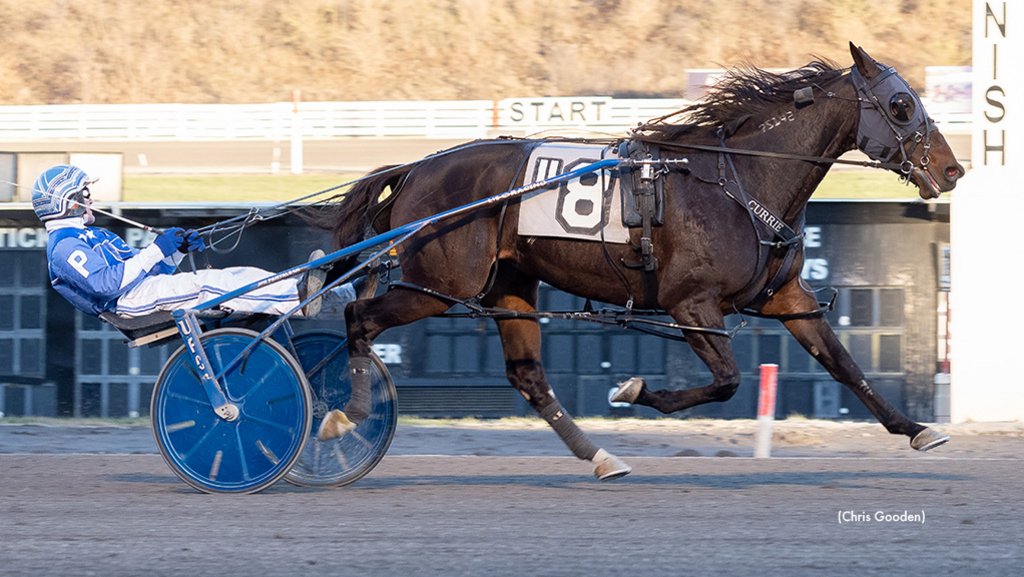 Phelgon pulled the pocket into the final turn and drew off late to capture Tuesday’s (Nov. 22) feature at Hollywood Casino at The Meadows, a $12,000 filly & mare claiming pace.

Phelgon was chasing Suge when Jim Pantaleano decided to move the four-year-old daughter of Rockin Image-Phillys Delight. It proved the right decision, as Phelgon put away Suge and went on to score in 1:53.4, 3-1/4 lengths better than the rallying Uptown Callie. Priceless Shadow finished third.

It was the third victory in the last five starts for Phelgon, who won off the claim by owner/trainer Stacey Currie.