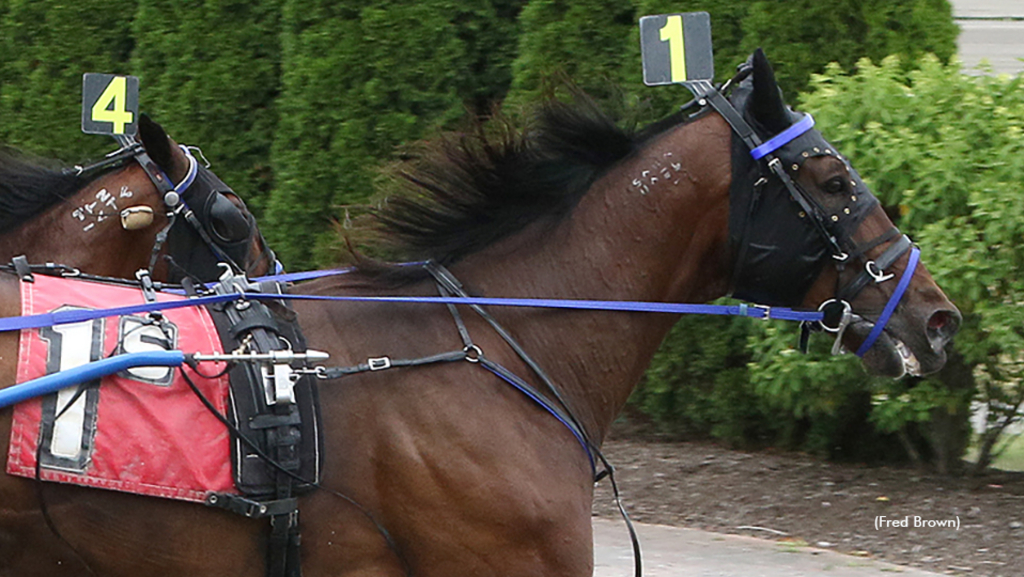 Ontario-sired pacer Machiatto A and the streaking trotter Rich And Miserable won the co-featured Open events at Tioga Downs on Sunday (July 31).

Machiatto A ($14) and driver Jacob Cutting went from last to first to capture the $12,000 Open Pace.

Machiatto A is a nine-year-old gelding by Mach Three.  He is owned by Steve Manzi and trained by Randy Taft.  The win was his sixth this season from 23 starts and his 31st career victory.

Rich And Miserable is a seven-year-old gelding by Explosive Matter.  He is trained by Todd Buter for owners Buter Farm Inc., Lynette Buter, William and Carol Fuhs.  The win was his third straight in Open company at Tioga.  He now has six wins from 15 starts this year and 39 career victories.