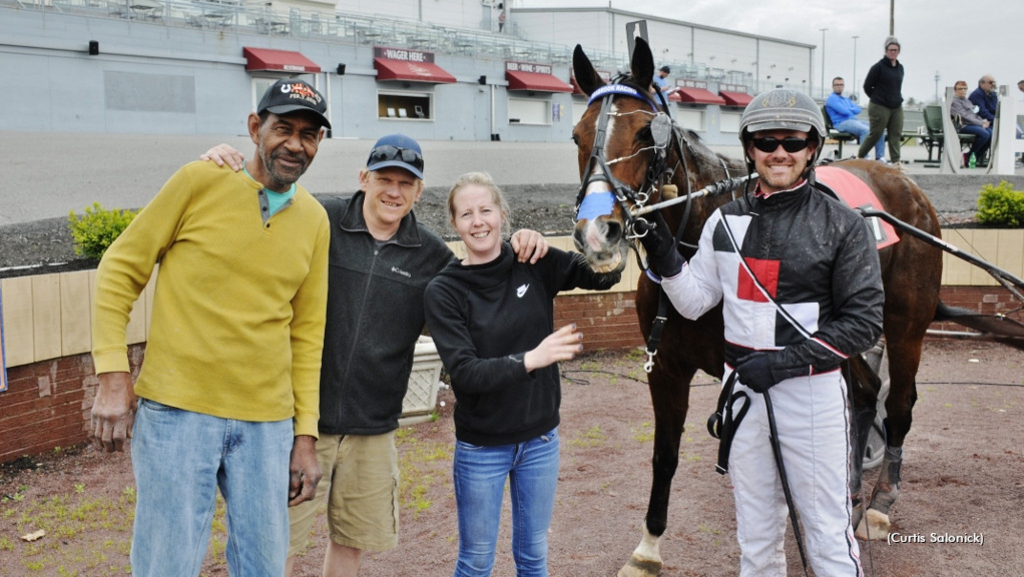 Marcus Miller, four days short of his 33rd birthday, gave himself a nice early present when he recorded the 4000th victory of his still-young driving career, guiding trotter Dylan The Great to a 1:56.3 success on Monday at The Downs at Mohegan Sun Pocono.

With father Erv one of the winningest trainers of all time and sister Hannah a two-time Amateur Driver of the Year, Marcus reflected his “bloodlines” very early in his life, winning for the first – and second – time in a straight-heat victory in an amateur purse event at Altamont IL on August 5, 2004. (His other two wins at age 15 were at Grand Circuit tracks Springfield and DuQuoin.) Marcus is in his nineteenth year of driving harness horses, with his best season for wins (501) in 2011 and earnings ($5.45M) in 2016.

Dylan The Great, Marcus’s #4000, stands in quite a contrast with his driver – this victory was his first since October 11, 2020 at Northfield, although he has had only six starts in the interim. Since Dylan The Great’s last victory, Marcus had visited the winner’s circle 424 times.

Another milestone awaits the young sulky sitter shortly. After the Monday card at Pocono (where he is fourth in the driver win standings), his lifetime earnings were calculated at $49,890,113. (By the way, at Altamont in 2004, Marcus’s 5% driver’s cheque would have been $12.50, except he was in amateur races.)