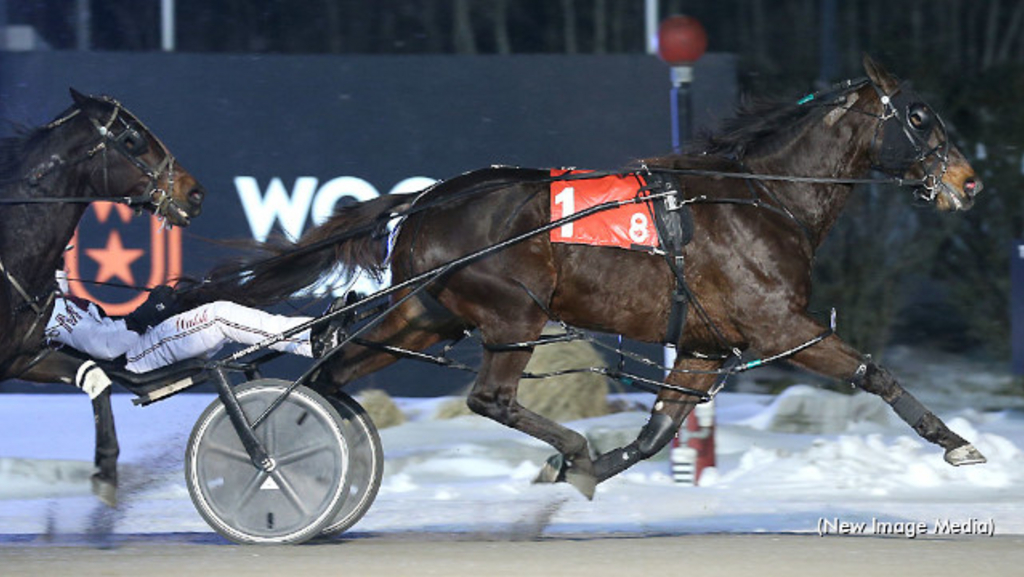 Richard Moreau pupil Wheels On Fire recorded another win in the top class at Woodbine Mohawk Park, scoring a 1:54.2 win in the $34,000 Preferred Pace on Saturday (Jan. 22).

So Much More led the field to a :29.1 first quarter before driver Doug McNair circled Wheels On Fire from the pocket and to the lead into the backstretch. By the half in :58.1 and to three-quarters in 1:27.1, Wheels On Fire had loads in the tank and accelerated for the finish. He kept a length up on So Much More by the beam while Uhtred finished third, another two lengths behind, and Woodmere Stealdeal finished fourth. Poseidon Seelster rounded the quintet.

A seven-year-old gelding by Somebeachsomewhere, Wheels On Fire won his 37th from 98 starts, pushing his earnings $697,363. Brad Grant owns the O'Brien Award finalist, who returned $3.40 to win.

The good times continue for conditioner Carmen Auciello as he had three winners on the 12-race card. He got his first win of the night with Mystifying ($7.40), then scored a few races later with Buck Dancer ($4.40) before capping the night with a win by Highlandbeachlover ($7).

Shipping to Mohawk in late November, the Ben Baillargeon trainee recorded his sixth consecutive win when taking a $28,000 overnight pace on Saturday. Driver Sylvain Filion fired from post 10 to lead at every post and light a 1:53 clocking as the 9-5 favourite, paying $5.80 to win.