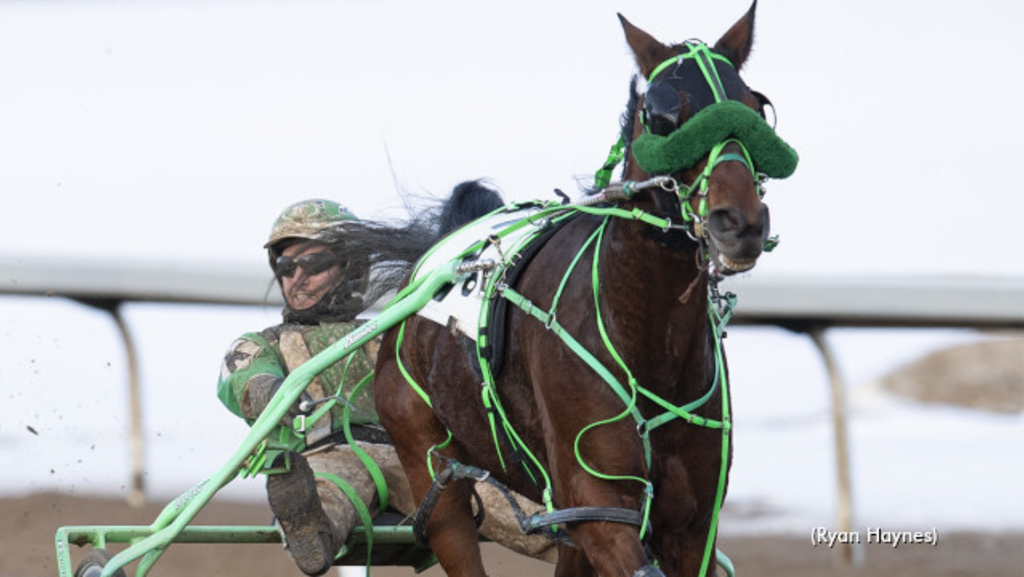 One of two in the race for trainer Chris Lancaster, Canadian Pharoh managed to hold off a furious charge from her stablemate and odds-on choice Portrstownchris IR to win the $10,500 featured pace at Century Mile on Saturday (Jan. 22).

The seven-year-old Mach Three gelding cleared control from Shark Week past a :28 first quarter and cruised uncontested up the backside to a :57.2 half. With the tempo tepid to the far turn, Portrstownchris IR came rolling out of fourth and swiftly matched strides with her stablemate by three-quarters in 1:28.1. Canadian Pharoh cut the corner and regained a length advantage on Portrstownchris IR coming into the stretch, but his margin slowly diminished. However the beam came in time, with Canadian Pharoh keeping a nose in front of Portrstownchris IR to win in 1:58.2. The pair finished seven lengths clear of Jessies Girl in third and Shark Week in fourth.

Lancaster co-owns Canadian Pharoh along with Rob Ostashek Holdings Ltd. The gelding won his 21st race from 105 starts, pushing his earnings to $282,312.