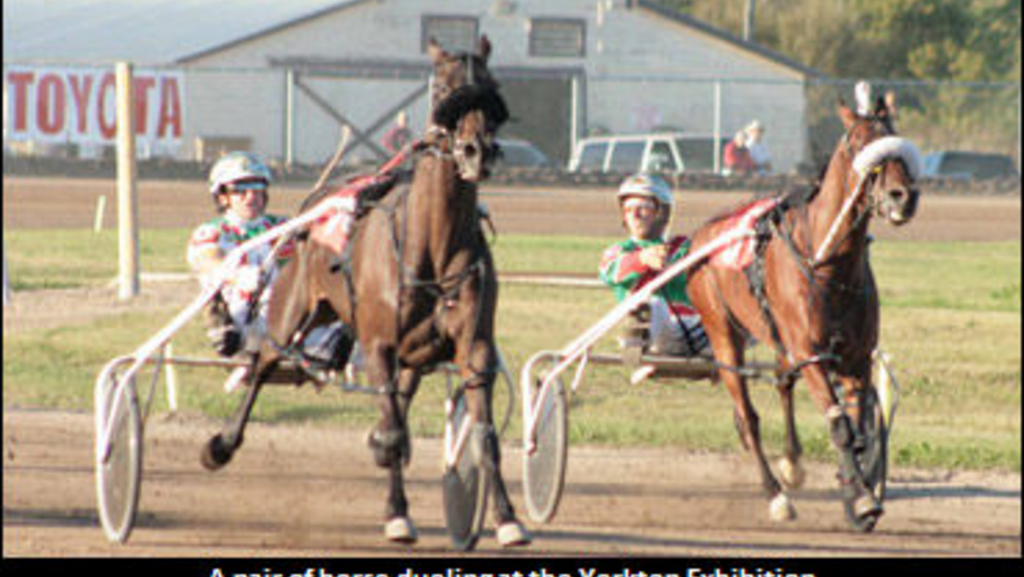 If you ignore the repeated bad weather which caused the cancellation and rescheduling of race nights all season long, including the season finale last Friday, it has been a good year of standardbred racing in Yorkton

At least that’s the way Dave Nussbaumer, the director in charge of racing for the Yorkton Exhibition Association, has summed the season up. The rains, though, were a drag for the weekly events.

Nussbaumer said weather was an issue for many outdoor events this year, and that included racing. July was particularly hard, as people dealt with the results of the severe July 1 flood in the city. Nussbaumer said that affected not only fans, but people on the YEA Board, and track volunteers.

“Those people live in the community, too, and we got hit by one of the worst storms in the province’s history,” said Nussbaumer, who explained that those variables made it difficult to build crowds.

“The one thing (is that) it was hard to get any momentum from a spectator stand point,” he said, noting the rains did cause some race days to be moved to Sunday, a day which has proven unpopular with race fans. As a result, Nussbaumer said the betting dollars were reduced.

“The handle was down overall, but there are reasons for that,” said Nussbaumer, who went on to state, "we know Sundays just don’t perform for us. That said, the night of the Riderville promotion, the handle was more than $9,000.”

Nussbaumer said he is confident a normal year would have shown growth.

“If the conditions were right, I certainly believe we would have improved handle-wise over last year,” he said.

Glenn LeDrew, president of the Saskatchewan Standardbred Horsemen’s Association was like Nussbaumer in his view of the year.

“All-in-all it’s been a good meet. The weather’s certainly been a challenge, but you deal with it,” LeDrew explained. “You can’t control the weather. Last year the weather was pretty good. This year it was a lot to deal with.”

One thing that wasn’t in short supply this year was horses, with several nights scheduling nine races, and rarely less than six to a field.

“The horse population was even more this year than last year,” said LeDrew, who added that it was good to see owners committed enough to the sport to buy horses.

Promotion is of course important to the sport, and with the success of the co-promotion with the Riderville Committee, Nussbaumer said the YEA will be looking for more partnerships in the future.

“We’ve discussed that. A lot of people still don’t realize the entertainment in coming to the races on a Friday,” he said, adding that partnerships can help attract new people to watch racing.

While building crowds is part of a stronger future for the sport in Yorkton, Nussbaumer said it’s also time for greater funding for the races from the province through the Department of Liquor and Gaming.

“I look at this from an industry perspective … these people (owners, trainers and drivers) need to have more money,” he said. “If we want a harness racing industry we need to have a few more dollars to make ends meet.”

Purse money has been the same for a number of years, and has to grow to meet costs.

“We’ve been saying that for a number of years. We realize dollars are tight, but we’re not looking for a lot of extra money,” continued Nussbaumer, who added that purse money flows through the race sector and local economy pretty quickly.

LeDrew said the money could come by the province changing its grant split between standardbreds and thoroughbreds.

“The split between thoroughbreds and standardbreds used to be 60/40, but now its 70/30,” he explained, adding that extra 10 per cent would help the harness race side of things a lot.

LeDrew noted that racing in Yorkton has just finished its fifth year, and grant money from the province has not changed. “And of course costs have gone up … for fuel, feed and services,” he said.

Nussbaumer said he hopes new dollars are forthcoming because the YEA is committed to the harness race industry, and to hosting races.

“It’s full-steam ahead. We’re not stopping,” Nussbaumer said when asked about racing in 2011.

In fact, Nussbaumer said he would like to see the Saskatchewan Standardbred Horsemen’s Association officially declare a partnership with the YEA which would see Cornerstone Raceway the permanent home of racing in the province.

“This is a good move for them,” he said, adding it would create stability for the industry.
Nussbaumer said having the local Credit Union purchase naming rights to the track was also a positive from the season.

“It’s good to see groups like Cornerstone Credit Union coming down and contributing to racing in the city,” he said.