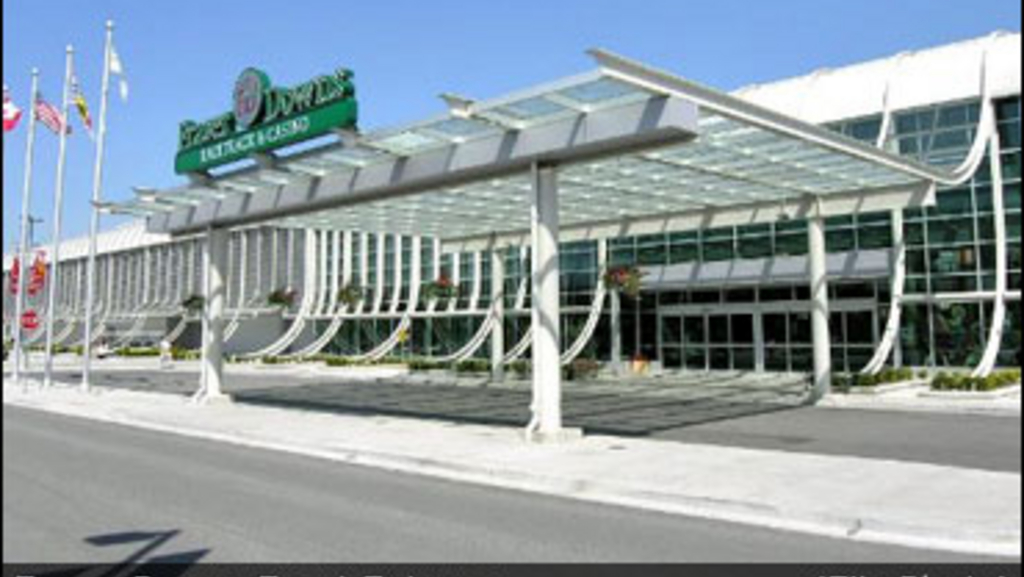 Following an announcement made this weekend proposing race cuts and an Alberta-British Columbia circuit, Derek Sturko, Chair of BC Horse Racing Industry Management Committee, has issued another letter to the industry offering some clarification on the intentions for the 2011

Sturko states that Great Canadian Gaming Corporation (GCGC) has temporarily withdrawn all 2011 standardbred race dates, but emphasizes that GCGC has not indicated there will be no replacement race days for the ones that have been withdrawn. Decisions concerning race dates will be made after further discussions are held with representatives of the standardbred sector and investigation of the possibility of an interprovincial season with Alberta.

In response to the most recent announcement by Sturko, an emergency Harness Racing BC (HRBC) meeting was held this morning. After much deliberation, the HRBC board felt it necessary to arrange a meeting with GCGC to resolve the reduction of the number of assigned race days to the standardbred sector. A meeting has been scheduled between the HRBC finance committee and Chuck Keeling along with GCGC Chief Financial Officer Milten Woensdregt on August 17, 2010.

Sturko’s second letter appears in its entirety below. To read his original letter, click here.

Further to my August 13, 2010 letter, I am writing to provide clarification concerning intentions for the 2011 standardbred race season.

As noted in my previous letter, the fiscal circumstances concerning the horse racing industry are difficult and the BC Horse Racing Industry Management Committee is considering how to respond to those challenges in the best interests of the industry. These circumstances will require a new approach to the business of horse racing.

My previous letter communicated decisions the Great Canadian Gaming Corporation (GCGC) felt it needed to take concerning the 2010 and 2011 standardbred race seasons, including the temporary withdrawal of all 201 1 standardbred race days. However, as my letter indicated, GCGC has not indicated there will be no replacement race days for the ones that have been withdrawn.

Rather, GCGC has advised the committee it needs to carefully consider what the 2011 season will look like. The reference to the possibility of an inter-provincial standardbred racing season with Alberta is one that merits consideration before final decisions are made about the 2011 season.

Neither BC or Alberta have made any formal commitment to an inter-provincial season. Such a season has not been identified as a condition of 201 1 standardbred race days. However, it has the potential to improve the viability of the BC season.

(With files from HRBC)

I was totally in dismay to

I was totally in dismay to hear of what was happening in B.C. I have heard only too often, racetrack people stating there is too much racing; that the market is saturated. If it is, the racetracks are the ones to have saturated the market with simulcasting countless tracks, including some billy-goat Thoroughbred tracks in the U.S.
I have served on the ASHA board for 21 years aand saw many changes. For Alberta the 1st change was to embrace inter-track wagering with thoroughbreds at the Alberta tracks. The next was simulcasting of other signals over top of the live cards. The next change thanks to then Premier Ralph Klein, was the bringing together of all breeds in Alberta and allowing us to have slots at the track. Premier Klein recognized that the Alberta Gov't struck a deadly blow to racing when slots were allowed in virtually every corner bar in the province. The track slots were his attempt to help re-build the industry. THEY DID!!!!!!!!!! The Alberta problem became quite simple. The loss of a track in Calgary crippled the industry. That is the Standardbred industry; as the Thoroughbreds have not missed a beat. They have all the prime dates at Northlands Park while our industry has been pushed to the boonies with no hope of any significant on-track handle.
In each change that took place the Standardbred community embraced the changes for the good of "all partners" in the industry. It should be noted that each and every change had significant impact on the wagering on the live handles. Now it is thrown at us that it is no longer a combined package of gaming dollars. The live handles aren't very good, so lets get rid of live racing or significantly cut the dates. "GOOD PARTNERS" with very short memories.
I applaud Bill Andrew for his comments and pray that the Premier of B.C. gets a look at the management board of B.C Racing,that is stacked with Thoroughbred people.
The HPBA in B.C should be totally ashamed to play any part in this. Remember it was the Standardbreds that "loaned" you millions of dollars to keep going. Wow!!! Now it doesn't have to be re-paid!!!!!!!! You people must look in the mirror and feel shame to allow this to happen.
Mr Sturko please get a grip, before you devastate an industry and many peoples lives.
I have many times made the following statement to race-track reps. If racing is saturated, minimize simulcasting, with no signals coming in over the live program. Most of all remember that simulcasting and slots were to improve the profit margin for all involved as "Partners in Racing". Not to replace the live show! Get It!!!! It is a total gaming package!!!!!!!!

Cy McEwen Why is it so

Why is it so hard to tell the truth what is happening here in BC regarding the standardbred racing picture. Is there anyone in government office that will tell us the truth in regards to what’s happening at Fraser downs? It Sounds like GCGC is the governing body of racing in BC. And the government of BC has no say what so ever .
In every province except BC the provincial government has a racing commission that governs according to the agreements and rules set forth. Why Mr. Coleman is this not the case here in BC . When Fraser downs was gifted a casino license on the backs of the standard bred horsemen years back Why was it not disclosed that this casino at any time could revoke any agreements that were made at the time of licensing. Wasn’t this casino supposed to increase the racing days? Wasn’t it supposed to increase purse money ? Why is standardbred racing not being treated equally as thoroughbreds? Where are the cuts to the thoroughbreds? Why haven’t they been requested to split seasons with another province ? Where is the six milliion at that was paid to thoroughbreds ? Why can't someone in the racing commission stand up to GCGC and tell them no racing no casino. ORC ans OLG had the guts to tell GCGC no racing no casino they haven’t left Ontario yet. Does GCGC have more power than provincial goverment? Yes lots of questions no answers sounds like government hands on here
Harness racing like hockey has been in Canada for over 110 years and in just a few short years GCGC and the government of BC has put harness racing in BC in jeopardy. Pass the buck it’s worked for everything else the government does.
What about the staff at Fraser Downs should they move to Alberta ah maybe the local business should relocate to Alberta too
what aboult the race officals them to...this is the best one move 500 families to alberta back and forth at a cost to who? where would they live ? "great thinking "
Give every standardbred Breeder,drivers, trainer and grooms the right to work and live right here in BC .
i think six million would really help right now

It is very sad to see what

It is very sad to see what is happening in b.c. standard bred Racing.It seems that any thing to kill the industry that can be done is being done. It seems clear to me that Great Canadian would prefer not to race and I feel they have done every thing they can to chase owners and betters away from the track.I believe this is the only track that if you don,t reserve a table a week in advance that you can,t get a seat to sit in.I know many casual people who went 8 to 10 times a year who have just stop coming.Show me One other track in Canada where you can,t get a drink or a sandwich.Yet you can walk into the casino and get both.I get very tired trying to find a server to get me a beer,while at the same time there are people trying to get me to to sign up to various slot and other activities in the casino.As a small breeder and modest owner of 5 horses I not only do not feel valued,But feel great Canadian by there actions would like me to just go away.There was a time when I brought a lot of customers and friends to the track,However even if I could get the seats which are gone,The service and food is so poor that why would I bother.I have sent emails in the past voicing my concerns and never once received a responds.I understood that the reason the slots where aloud at Fraser was for the good of racing. Is that not true?

I'm located in ON so I am

I'm located in ON so I am not familiar with this guy "Derek Sturko"
He sounds like a real sweetheart...
He's giving BC the old (marketing 101 trick) either/or option.
You either take the Alberta BC circuit or you are shut down. After you refuse the circuit option he will issue a statement saying we tried to work it out but they just wouldn't come to terms with us. If this guy has the power the future does not look good for the BC industry. Maybe if you go over his head and get a petition going directly to the premier
you may at least be heard.

Are the t-breds at Hastings

Are the t-breds at Hastings doing so well that they aren't facing cuts?
If so, why aren't they paying back the 6 million they owe to harness purses?
Also, if this inter-provincial deal is such a good idea, the t-breds would also have to cinsider such a great opportunity!
Finally, if there are no race dates at Fraser Downs, would the Casino license still be valid?

Dear Derek, I have just had

I have just had the opportunity to read your second letter regarding 2011 race dates. Once again you make statements regarding an Alberta/BC circuit. We request that you immediately revise the release and remove any speculative comments that you have about an Alberta/BC Standardbred circuit.

Perhaps you just don’t get it. We have no interest whatsoever in a split meet. Any discussion that you had with employees of Horse Racing Alberta was not approved or sanctioned by either the Boards of the Alberta Standardbred Horse Association or Horse Racing Alberta. I am copying this e-mail to your Minister and the Ministers responsible for horse racing in Alberta. I will be discussing this matter once again with the HRA and will be requesting that they contact you in order that you discontinue your course of misinformation.

It just doesnt stop, backtracking, trying to put a different spin on things. Listen to Norm Borgs radio broadcast, Bill Andrews says it so well, of what is really happening in BC horse racing