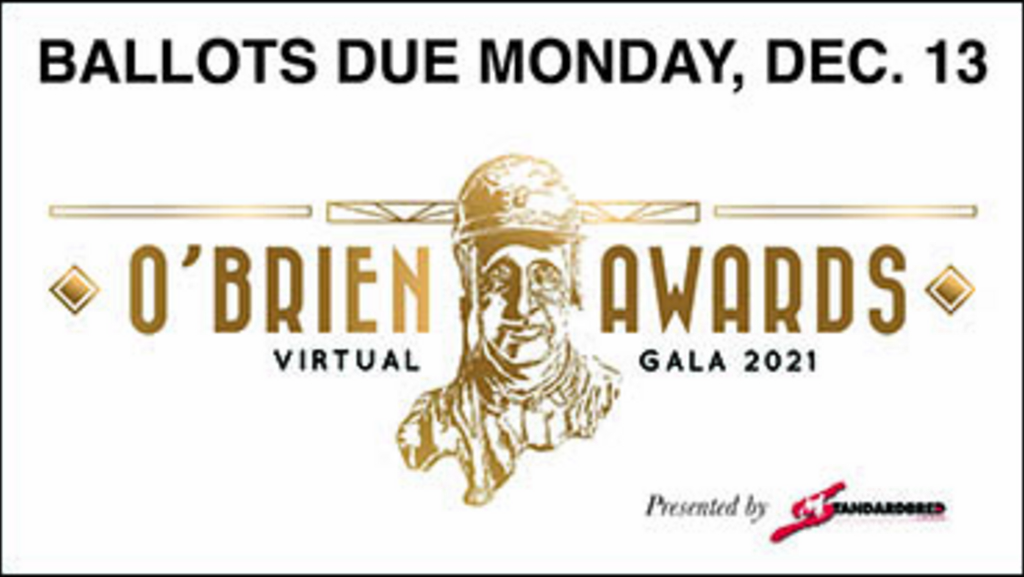 The deadline for voters to submit their O’Brien Ballots, and for members and fans to take part in the Fan Ballot is Monday, Dec. 13 at 5 p.m.

Voting is open and available at the following link: 2021 O'Brien Awards - Fan Ballot

There are also some changes to the 2021 Voting Process. Here’s what you need to know:

The mandate given to the voters is to vote for the horses and people who MADE THE GREATEST CONTRIBUTION TO CANADIAN HARNESS RACING IN 2021.

Eighteen O'Brien Awards will be given out for the 2021 racing season. Thirteen of these honour the premier horses over the past racing season including the most coveted trophy, Canada's Somebeachsomewhere Horse of the Year. The horse awards are divided by age, sex and gait.

In addition there are five awards for people, one each for The Keith Waples Driver of the Year, Trainer of the Year, Armstrong Bros. Farm Breeder of the Year, the O'Brien Award of Horsemanship and the Future Star Award.

Here are the candidates for the O’Brien Award of Horsemanship:

The finalists will be announced on Wednesday, Dec. 22.

The O’Brien Award winners will be announced and honoured at the 2021 Virtual Awards Gala on standardbredcanada.ca on Sunday, Feb. 6, 2022.