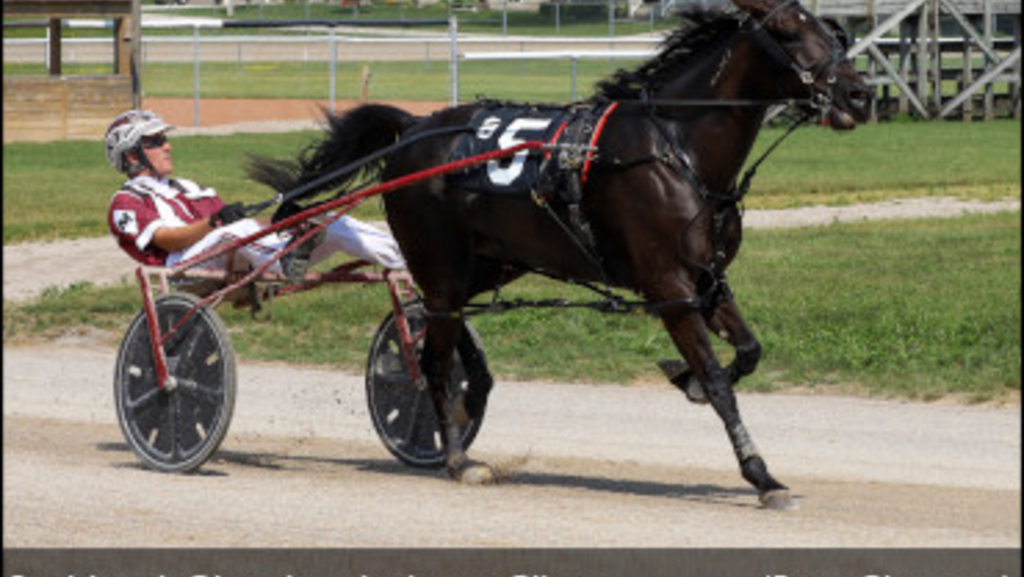 Not very often does a horse have a less-than-stellar start at a smaller track outside of Ontario and then proceed to become almost unbeatable in the province, but one filly has just done that.

Saulsbrook Olympia has had six wins in seven starts since shipping west from Nova Scotia — where she was winless in two starts — and added a Kin Pace elimination to her record on Sunday afternoon.

In 2021 alone, she sports a 3-for-3 record and accumulated $11,150 in purses. With no signs of slowing down, owner and breeder Allan McNeil has a simple answer to her newfound success. “She was always a nice going horse and fast. I guess she’s just really smart.” McNeil has owned and bred many horses, but he has really liked what he has found in this filly. “She’s very smart and adaptable,” McNeil added enthusiastically. 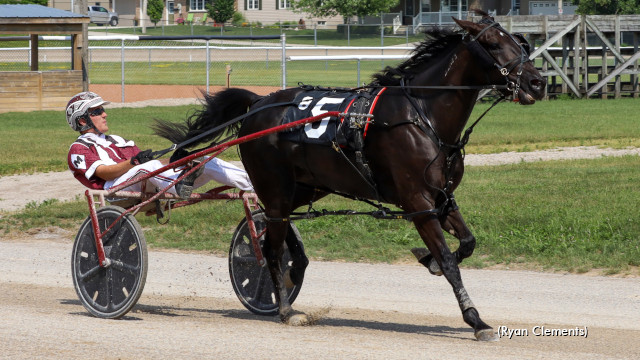 On the pedigree side, the success of Saulsbrook Olympia shouldn’t be all that surprising. A daughter of Big Jim, Saulsbrook Olympia is out of the Cams Card Shark mare Racino Star, whose best performer is Saulsbrook Deputy — a son of Western Paradise and thus from that same Western Hanover sire line. Saulsbrook Deputy is still competing at the age of seven, and has captured open events at Pompano Park and Buffalo Raceway this season to help lift his bankroll over the $250,000 mark.

That successful sibling wasn’t the reason why the McNeils — father Bill and son Allan — decided to keep Saulsbrook Olympia. When asked about what attracted him to keeping the filly when she was younger, Allan replied “My dad actually kind of liked her. He was starting to get up there in age and I said, ‘OK we will keep her.’” His dad’s recommendation was enough to keep Saulsbrook Olympia. “She’s black and flashy” was all that was needed to convince the younger McNeil and so far, it seems to be a great choice. “I would have sold her! Definitely would have sold her.”

Saulsbrook Olympia has gone through a handful of trainers and drivers but has maintained her winning form. Before settling down in Southern Ontario, Saulsbrook Olympia made a quick stop at Rideau Carleton Raceway. While there, the filly picked up her first win with Tyler Jones in the bike and Michael Armstrong training. She was briefly in the care of Dr. Trevin Shive but is currently conditioned by Brian Lee. Brett MacDonald has taken over the driving duties since the move to Southern Ontario and the connections are on a five-race win streak after Saturday’s Kin Pace elim score in 1:57.1.

However, the work is not done yet. Saulsbrook Olympia is preparing for her biggest test to date in the $58,300 Kin Pace Final and McNeil shared his insights going into that race. “She relaxes really good in races. Her better game is if she tracks off a horse and she’s chasing. She can chase, she can leave. She’s super gaited.”

McNeil is not too concerned over the outcome of the race and knows his filly will put up a good fight. “Win, lose or draw, she will do good because she can handle things.”

Saulsbrook Olympia and MacDonald will leave from post four on Sunday (July 4) at Clinton Raceway in the track’s biggest race of the season.