Driver Dan Noble enjoyed quite a night at Miami Valley Raceway on Saturday (April 17) by racking up six wins including two feature races.

Heart Of Chewbacca claimed the title in the $40,000 James K. Hackett Memorial championship for three-year-old Ohio-sired pacing colts, while Springsteen barely scored in the $24,000 Open I Handicap as he made his first start at the southwest Ohio five-eighths mile oval.

Charlie May, who narrowly defeated Heart Of Chewbacca in an elimination last week, was sent to the front from an outside post position in :27.4. Miller then tapped the breaks in the second quarter and stopped the halfway timer in :58.

The much-anticipated showdown between Ohio’s best two Ohio Sires Stakes freshmen was on during the third quarter when Noble tipped his charge out from third and moved quickly alongside his rival. The pair rounded the final bend nose-to-nose off a :25.2 third quarter until Charlie May made a speed break, the first of his career, as the pair entered the stretch. 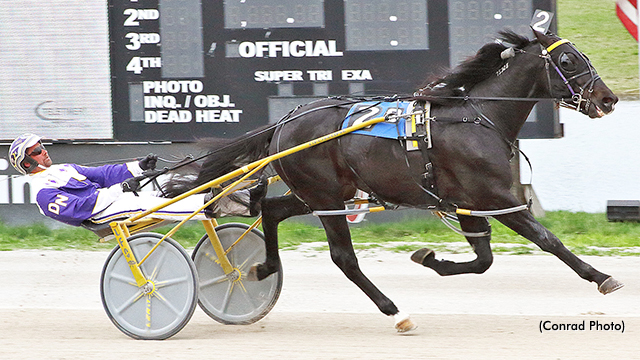 Noble’s Norman Rae Racing Stable of Xenia co-owns the winner with Dennis Owens, although the son of Bring On The Beach was put under trainer Ron Burke’s care early in his outstanding freshman season.

Christi Noble, Dan’s wife, recently began training Springsteen, who was purchased by Joshua Graber of Quincy, Mich. In his first start for the new connections, the six-year-old son of Rock N Roll Heaven took full advantage of an advantageous inside draw to front a full field of accomplished Open pacers through fractions of :26.1, :53.2 and 1:20.3 before barely holding off fast closers My Hero Ron and American Dreamer in a close photo finish. Unfortunately, My Hero Ron went inside a pair of pylons in the stretch and was placed third behind American Dreamer in the official order of finish. 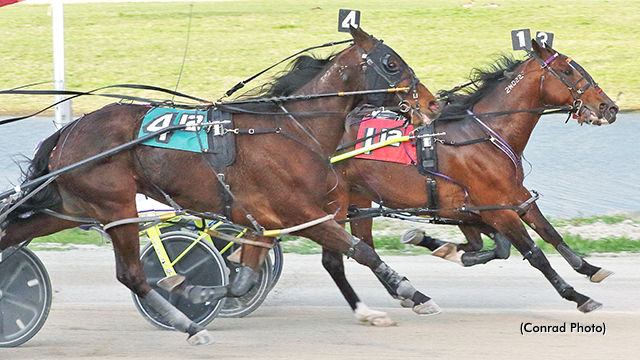 A $20,000 Open II Pace went to Havefaithinme N, who pulled a mild upset over Grantmeawish and Drawing Dragons. J. D. Perrin trains the 10-year-old for his wife Tessa. The son of Bettors Delight, driven by Trevor Smith, has scored 34 times and earning $1,433,593 in 108 starts.

In addition to Dan Noble’s six wins, Brett Miller managed a Grand Slam with four tallies on the 14-race card.