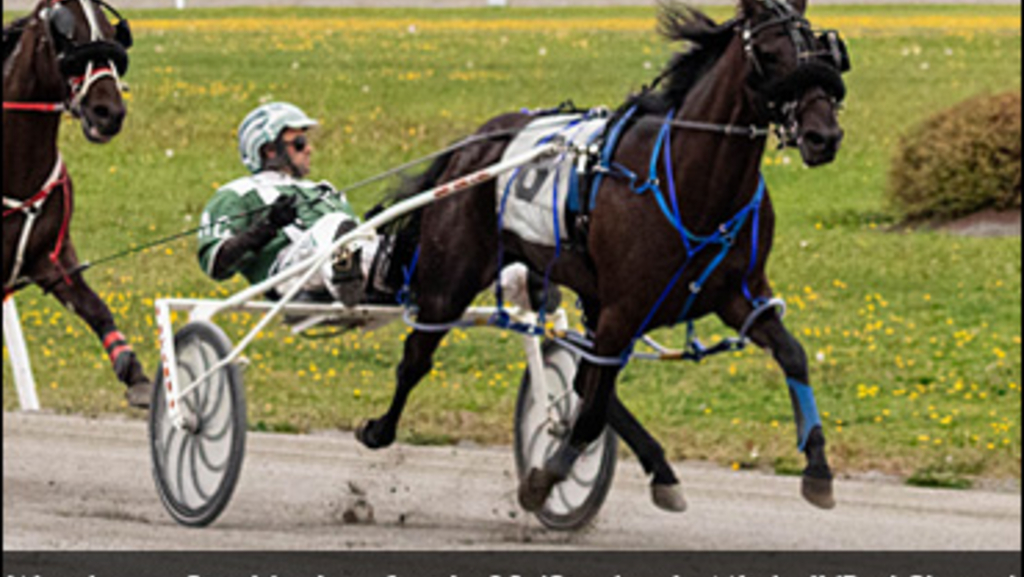 The beat goes on for Woodmere Stealdeal as his career record remained unblemished in the Island Breeders Final Saturday (Oct. 3) at Red Shores Racetrack and Casino at the Charlottetown Driving Park.

Mabou Ridge trotted into the record books in the $8,000 Island Breeders final Charles Oakes Memorial for three-year-old trotters with the fastest mile ever by an Atlantic-bred three-year-old on the Eastern Seaboard. The Clare MacDonald-trained and driven sophomore stopped the clock in 1:58.1 to lower the former 1:58.3 standard he formerly co-held with Gettin Messi and Tequila Tuesday.

Mr Finlay Ridge was on top at every call in the Island Breeders Final Ralph Cole Memorial for rookie trotters with MacDonald at the reins of her trainee. Time of the mile was 2:03.2 in the $7,800 event. MacDonald and Rankin own the colt in partnership with fellow Bluenoser Ian Tate.

The $11,900 Island Breeders final Collins Wood Memorial for two-year-old pacing fillies saw a crushing performance from Tobins Brownie as the filly powered to a 1:56.1 victory while leaving her foes 15 lengths in arrears.

David Dowling was above the wheels for trainer Jonah Moase and Island owners James Quinn, Carl Peterson and Amy Lakie.

The $10,000 Chappell splits were won by Kiss Me Im Irish (Driven by Brodie MacPhee) and the Marc Campbell-driven duo of Woodmere Skyroller in 1:55 and Tobins Choice in 1:56.4.

The Matinee Racing Finals were also held on the afternoon program for amateur drivers featuring a slew of up and coming talent. Rising Fella and driver Jaycob Sweet won the fastest dash in 1:59 while Intrepidus and Wendy MacRae won the other race in 2:07.2.