Now aged nine, Panocchio returned to the races at Saratoga Casino Hotel rebuffed and won from the inside post in the $12,500 featured pace on Saturday, May 11.

Driver Gerry Mattison sent the Jimmy Mattison trainee to the lead and slowed the speed to a :57.3 half. Even-money favourite In A Single Bound soon ranged first over to apply pressure on the second circuit but got turned away as Panocchio drew clear in progress to a 1:53.1 win. Pocket-sitter Rise Up Now finished second while In A Single Bound settled for third. 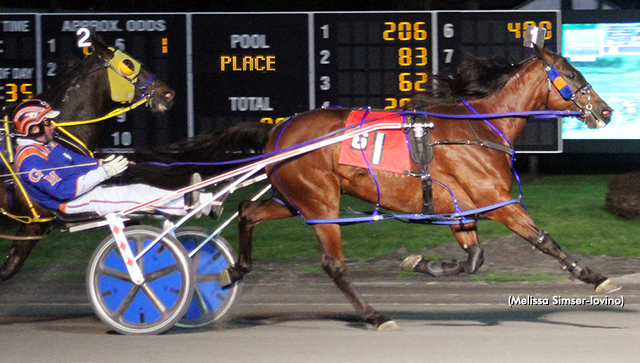 Panocchio paid $6.30 to win and led an exacta and triple in the feature that paid $41.60 and $95.50, respectively. Trainer Jimmy Mattison and driver Gerry Mattison went two-for-two on the Saturday card at the Spa as Century Endeavor came from off the pace to prevail earlier in the evening.

Live racing resumes on Sunday, May 12 at Saratoga with a first post time set for 12:00 p.m.